20 Arabic Names for Girls and Their Meanings 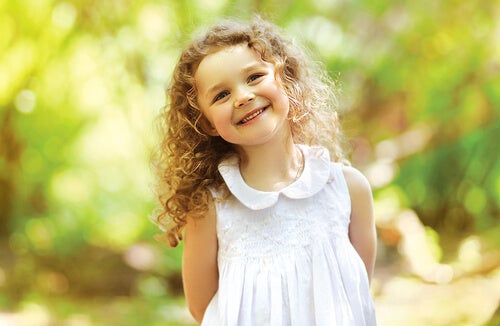 In this article you’ll find a selection of 20 beautiful Arabic names for girls. Hopefully these will help you find inspiration if you’re looking for a name for your newborn.

Each Arabic name has a very precise meaning and, at times, can even be traced back throughout history.

Some Arabic names refer to intellectual, moral or spiritual heritage. Others, meanwhile, refer to Middle Eastern flora, fauna and culture.

To make the following list of 20 Arabic names for girls, we decided to differentiate the names that are trendy, classic, short and, finally, of celebrities of Arabic heritage.

We want you to be inspired and to help you decide!

Trending Arabic names for girls and their meaning

The first proposed name is derived from the Arabic “ámbar,” which means “precious stones.” Amber is also used to describe the gold color of a gem.

This is a beautiful name that means “light” or “brightness.” Noor has become popular among Arabs since the arrival of Queen Noor of Jordan.

Our third option comes from the Arabic name Laila, which means “twilight” or “companion of the night.” There are other variants of Lila, such as Laila, Leila or Layla.

You can also write this with an accent: Inés. In Arabic, this beautiful name means “attentive companion” and “sociable person.”

Maïssa is a name that has become very modern in recent years in the Arab world. It is derived from the masculine Maysan, which means “bright star.” You can also write it Meïssa or Mayssa.

If you’re looking for a modern name, Maya can be a great choice. In Arabic it means “grace” or “princess.”

Classic Arabic names for girls and their meanings

Amina is the first classic Arabic name presented on this list. This name is formed by the Arabic word “amin,” which means “faithful.” Keep in mind that Amina was the mother of Muhammad, a prophet of Islam.

It derives from the Arabic word “aish,” which means “alive.” Aisha means “full of life.” It was the name of the third and favorite wife of the prophet of Islam Muhammad. It is considered by many Muslims to mean the “mother of believers.”

Fatima means “young woman” or “maiden.” It has variants such as Fatma, Fatym and Fatouma. The name is very popular in Arab countries and also by Spanish speakers thanks to the Virgin of Fatima.

It is inspired by the Arabic verb “malaka,” which means “to possess.” In Arab culture it is given the meaning of “queen.”

Motherhood is the woman’s reason for being, her function, her enjoyment, her safeguard.

This name derives from the word “shadiya,” which means “one who sings melodically.” It became very popular in the Arab world thanks to an Egyptian singer in the 50s, Shadia, which they nicknamed for her beautiful voice.

It is inspired by the Arabic word “zuhra,” which means “covered with bright white flowers.” It is also the name of the planet Venus. In Arabic it symbolizes beauty and brightness.

Short Arabic names for girls and their meanings

This is a beautiful name that is very fashionable. In Arabic, Aya means “a verse of the Koran.” This is also a term used by Arabic-speaking Christians to refer to verses in the Bible.

It is written in Arabic as Liyah. This name appears in the Koran as one of the wives of the prophet Jacob. It is also present in the Hebrew and Chinese languages, where it means “lotus,” “beauty” and “grace.”

It comes from the Arabic word “layyin,” which means “soft,” “flexible” and “tender.” Its derivatives are Layn, Leyna, Lina or Lyna, which are also names of Arabic origin and mean “young palm tree in paradise.”

This name means “the white gazelle of the Sahara.” It is often used in Arabic poetry to refer to beautiful eyes. For example, they are said to be “Rim’s eyes.” A woman with this name is usually very beautiful.

Arabic names for girls inspired by celebrities and their meanings

Amal is a mixed name, derived from the Arabic word “amal,” meaning “hope.” One of the most famous personalities that bears this name is Amal Clooney, wife of the actor George Clooney, who is of Lebanese and British origin.

Derived from the Arabic word “selem,” which means “peace.” It is used by the beautiful Mexican-Lebanese actress and producer Salma Hayek.

It is synonymous with “gracious” or “full of grace” and comes from the Arabic verb “shakara,” which means “to thank.” This name is popularly known by the beautiful Lebanese-Colombian singer Shakira.

Our last proposal comes from the Arabic word “nur,” meaning “divine light.” Among the celebrities that bear this name is the famous American model of Palestinian origin Jelena Noura Hadid, better known as Gigi Hadid.

We hope this selection of Arabic names for girls has been useful. If you’ve found it interesting, the next step is to choose one for your little one!