Home » Children » The Most Common Bad Habits In Young Children

The Most Common Bad Habits In Young Children

Bad habits in young children can turn into serious problems later in life. With this in mind, it’s important for parents to watch out for the warning signs and intervene in time to correct them.

Children imitate the behavior of those around them. If children spend all their time around people with bad habits, then they’ll pick them up, too.

This is something very important to keep in mind when we talk about how to correct bad habits in young children.

How is a habit formed?

Habits are formed when we repeat behavior unconsciously. Bad habits in small children may be caused by a physical or psychological problem.

Habits can give rise to obsessive behavior, which should be treated by a doctor or psychologist.

Some bad habits in young children can have a direct impact on health. Others affect relationships and family life.

In either case, it’s important to correct negative habits early on so they don’t become permanent.

Eating junk food is a very common bad habit nowadays. In fact, there are children who don’t want to eat anything but fast food.

A consequence of this habit is childhood obesity and high blood pressure, among others.

To get kids out of this habit, prepare recipes that include a variety of different foods and that are visually attractive to the child.

If there is a specific food they don’t like, swap it for something else within the same food group.

Ask your child to join in: they’re more likely to eat something they’ve helped to prepare.

2. Eating in front of the TV

Studies show that eating in front of the television can cause weight gain. The child’s brain, focused on their favorite TV show, doesn’t get the message when they’re full, leading to overeating.

Besides, dinnertime should be a chance for the family to sit down together and talk about their day.

“Children imitate the behavior of those around them. If the child spends all their time around people with bad habits, he or she will pick them up, too.”

As we mentioned, children imitate what they see. If the adults at home are rude to each other or use bad language, the child will adopt this habit, which is difficult to correct.

When they’re outside the home, children will repeat curse words in front of their teachers and other adults. Correcting this should begin at home, by providing a better example.

Technology and screen time can turn from a hobby into an addiction. In fact, it can even be damaging for our health.

Many children don’t want to play outside because they’re stuck indoors in front of their computer or smartphone.

By spending too much time online or gaming, children can fall behind on homework.

To prevent or correct these bad habits in young children, set a routine and ensure they’re never in front of the screen for more than two hours at a time.

Technology addiction can also mask an underlying problem, however. Many children who suffer from insecurity or anxiety rely on technology for an escape.

If you notice signs of something more serious, consult a doctor.

Sometimes young children suck their thumb instead of a pacifier. This is a bad habit that appears early on, but generally goes away on its own.

If it doesn’t, consult a specialist to ensure that it doesn’t cause problems with the child’s palate.

Nose-picking is another unpleasant practice, and can lead to nosebleeds. Small children tend to do it unconsciously.

Make sure the child is aware of what they’re doing every time they put their finger up their nose, and you’ll be well on the way to breaking the habit.

Young children need between 11 and 13 hours of sleep a night. If kids don’t get enough rest, they’ll be irritable, distracted, tired and lethargic. This can lead to memory lapses and slow thinking.

Not getting enough sleep can also create hormonal imbalances. Establishing a reasonable bedtime and maintaining a routine without exceptions is the way to change this habit.

For example, making sure your children have their dinner early and helping them get to sleep by reading them a story can help create a new habit.

Hygiene is fundamental to good health and a normal social life. Many kids are reluctant to shower or don’t always want to brush their teeth after a meal.

But this resistance can turn into a bad habit. Make sure the whole family gets into the routine of washing their hands frequently, taking a daily shower and brushing their teeth regularly.

Remember, children pick up habits from their parents, so lead by example. 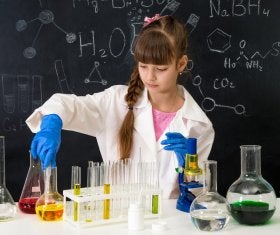 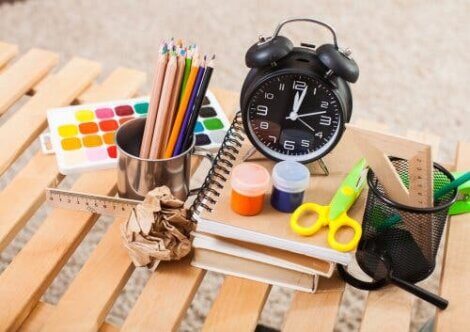 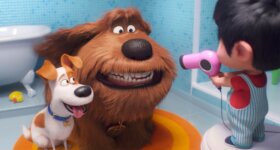 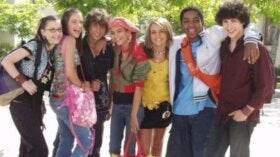 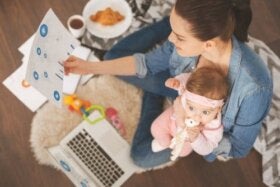