The Importance of Teaching Your Children about Willpower 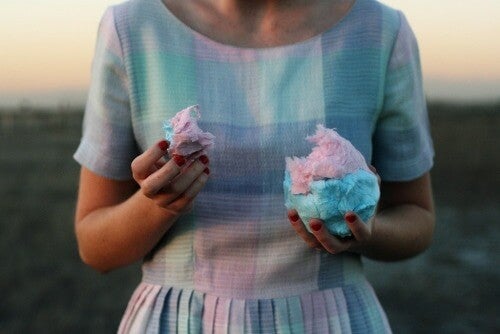 It’s essential to teach children about the importance of having willpower from an early age. Willpower is associated with motivation and discipline.

Willpower allows people to control their impulses and make proper decisions. Although having willpower may seem to be innate at first, it actually isn’t.

Unlike what is commonly believed, willpower is a value that is learned during childhood. Therefore, it’s important for parents to be good examples for their children. They should be there to answer their children’s questions and to show them alternative routes to problem solving.

Decision making doesn’t always coincide with desire. This is when willpower comes in. To have the criteria to choose what is right and avoid what is wrong is one of the most difficult things that we have to teach our children. It’s difficult but not impossible.

How to teach children to have willpower?

Having willpower isn’t just about saying “no” to things that are wrong. It’s also about fulfilling responsibilities even when they aren’t easy. Here are a few tips to teach your child to develop willpower:

Willpower is very important during the teenage years. It will give them the character to reject inappropriate offers and it will prevent them from being victims of peer pressure. Willpower will also allow them to commit to their responsibilities.

During the teenage years, young people go through a stage of rebellion. They may also experience inconsistencies when it comes to their personality and interests. This instability makes them prone to frustration.

Most teenagers aren’t able to clearly identify what they like, and they have a tough time finding the criteria to judge between good and bad.

Willpower is a practice that provides long-term rewards. Most teenagers seek immediate recognition and that’s why they have a hard time developing willpower.

They learn from examples provided at home. Parents therefore have to be consistent in their actions. Willpower should be practiced at every level in the home.

The decision to make certain rules more flexible should be by mutual agreement with both parents. Teenagers need structure as they grow. They need to know that their mother and father are on the same team.

Consistency and perseverance. It can be hard sometimes to follow through with all of the tasks that are planned for a day. Teenagers often confuse what they “want to do” with what they “should do.”

Sometimes if we give them a choice, they may not complete all of their tasks. We have to teach them the importance of being consistent with their actions.

Maintaining communication is very important when it comes to teenagers. If you would like to build trust with your teenager, listen to them.

Parents should provide space for their children to express themselves freely. As parents we should listen to them and then compliment them on what they’ve done right and what they can improve.

Communication without criticism. Although parents should establish the rules of the house, it’s also important to listen to their opinion. In order to develop their own criteria, they should feel like their opinion is being taken into account.

Give your teenager the chance to propose their ideas and help them evaluate them. This gives them confidence. Avoid rejecting their ideas without giving them a chance. By analyzing their own ideas, they will be able to form their own criteria.

Don’t be too strict. Prohibition generates rejection. It’s better to explain why their approach may not be the correct way.

In conclusion, having willpower provides various benefits, that’s why it’s so important to cultivate it in our children from an early age.