Consequences of a Lack of Affection in Childhood

Lack of attention from parents can have negative consequences in childhood and the stages to come. Up next, we'll tell you what they are. 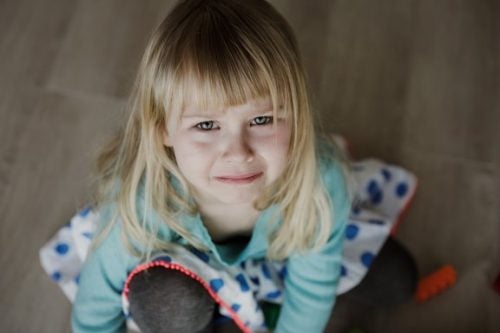 All children need to receive love and attention. However, not all children are treated with the affection they need. In this article, we’ll mention the consequences caused by a lack of affection in childhood.

Parents are increasingly busy and have endless worries. Nonetheless, it’s clear that one of the most important things they have to do is stop and give their children the affection they need.

There is a link between affection in childhood and future health and happiness in adulthood. In this sense, it’s important that adults create an environment of love for their children and make them feel like they’re there to guide and support them.

Spending time with loved ones is a great opportunity to express feelings and create a positive family atmosphere.

What are the consequences caused by a lack of affection in childhood?

We’ll now explain some of the consequences that arise from a lack of affection in childhood. Pay attention and try to fulfill this important need for your children.

The first consequence that appears when there is a lack of affection in childhood is that children may have difficulty identifying their emotions. Lack of attention causes parents to not teach their children how to handle feelings in a healthy way.

As a result, this causes many children to be unable to recognize their strengths and weaknesses. They may even end up feeling empty inside.

It must be taken into account that infants learn to interpret emotions mainly through words and gestures. If they don’t receive the necessary affection, this means they won’t be able to recognize and identify the feelings they experience.

Children who have parents that aren’t involved generally perform poorly in almost all areas of life. These kids tend to show deficiencies in cognition, attachment, emotional skills, and social skills.

Due to the lack of emotional sensitivity and love from their caregivers, these infants may have difficulty forming attachments later in their lives.

The total absence of boundaries at home makes it difficult to learn appropriate behaviors at school and other social situations. Consequently, this makes it more likely for them to develop behavioral problems in the future.

“One of the most important things that parents have to do is stop and give their children the affection they need.”

The lack of affection in childhood causes their relationship with themselves to be the most difficult relationship they’ll have in the future. Sometimes, they may also feel like their own worst enemies and the greatest critics towards themselves.

These problems with self-esteem can cause life to be a constant battle between what they feel for themselves and what they want to feel. This results in children judging themselves more severely than they judge others and holding themselves to a higher standard.

While learning to love yourself is a long journey, for these cases, it’s necessary to emphasize that they’re important and that they have the ability to make a difference. The objective is to transform the way in which they see themselves and how they project towards others.

4. Little trust in other people

Lastly, you should know that the lack of affection in childhood causes children to have trouble trusting other people. In these situations, they may constantly worry that the people they love will inevitably hurt them.

If children aren’t in a stable and welcoming environment, they may find it difficult to trust others in the future. Of course, this makes almost any kind of long-term relationship difficult.

Trust is certainly an important component in positive emotional attachment. When people don’t experience affection and protection from an adult, they’re more likely to develop defense mechanisms to avoid being hurt.

In conclusion, remember that the consequences of a lack of affection in childhood arise because, on some occasions, parents tend to forget the most important thing that should be provided to children, which is love.

As a mother, you must make sure that your children are the priority and that they receive the love and attention they need.