The Pros and Cons of Sharing Toys 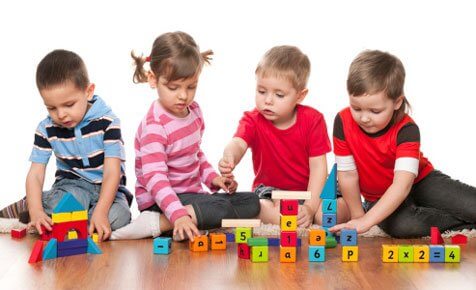 Sharing toys is a rule in many schools and childcare facilities. But these regulations, designed to improve the learning environment, are often unfair on children.

But what happens when we take these rules to an extreme? What do we do when we hurt one child for the benefit of another? Is sharing toys still a good thing in this context?

There are some parents who don’t teach their children the difference between sharing and taking. They believe their children have the right to anything their heart desires.

Often, this entitled behavior rides roughshod over the needs of other children. This is an attitude that will bring negative consequences later in life.

In some extreme cases, sharing toys can give rise to toxic behavior. In general, this happens because parents don’t communicate properly with their child.

It can also occur when a parent teaches their child to always give in to others, or to reach out and demand whatever they want.

These are children who have learned to put the needs and wants of others before their own. They believe that behaving in this way will make other children want to be their friends.

Unfortunately, this can mean that these children give up their toys even if they’re having fun playing with them.

At home, these children have been taught to share everything, without learning that their own needs are important, too. It isn’t fair to ask a child to give up something of their own that they like just because another child wants it.

In the adult world, a person who acts like this would be described as submissive and cowardly. They would lose out on job opportunities and relationships.

This kind of person is often frustrated and dissatisfied with the life they lead as a result of letting others walk all over them.

With this in mind, it’s important to teach children not to give up what they want just because there is a rule about sharing toys.

Children have the same right as anyone else to refuse a request and for others to listen. Sharing is good, but knowing how to say “no” is important, too.

These children have learned to defend themselves and put their own needs first. It’s good for children to know how to stand up for themselves. But this should never happen at the expense of others.

These children need to learn that they can’t take toys from other children just because they want them. To resort to violence or insults is worse still.

Unfortunately, many parents encourage this behavior. For these families, the fact that other children don’t always like sharing toys becomes a problem for the school to deal with. People like this only think about themselves.

If parents and teachers allow this behavior to continue, things don’t look good for the child. The people around them won’t always be prepared to back down to satisfy their desires.

They’re at risk of becoming selfish and narcissistic. This type of person is very toxic and likely to cause problems in every aspect of their life.

To avoid reaching this point, the parents themselves must change their behavior. Their child isn’t the center of the universe, and must learn to take “no” for an answer.

Parents who observe this kind of behavior should act quickly to nip it in the bud. If the child doesn’t learn to take others’ needs into account, they may become a toxic adult.

“In times of change learners inherit the earth; while the learned find themselves beautifully equipped to deal with a world that no longer exists”

Is sharing toys bad for my child?

No, sharing toys is not a bad thing for your child. Sharing is healthy and good. It builds friendships and develops trust.

The problem arises when we don’t take the needs of other children into account. Never let your children walk all over others to get what they want.

Children should learn that sharing is caring, but only when everybody is comfortable with it.

Link copied!
Interesting Articles
Tips for raising your child
Tantrums in Public: 9 Tips on How to Respond