The Many Benefits of Learning to Play a Musical Instrument

Improved concentration on daily activities, memory stimulation, fine motor development and better hearing. These are just a few of the many advantages that your child will have if he or she learns to play a musical instrument. 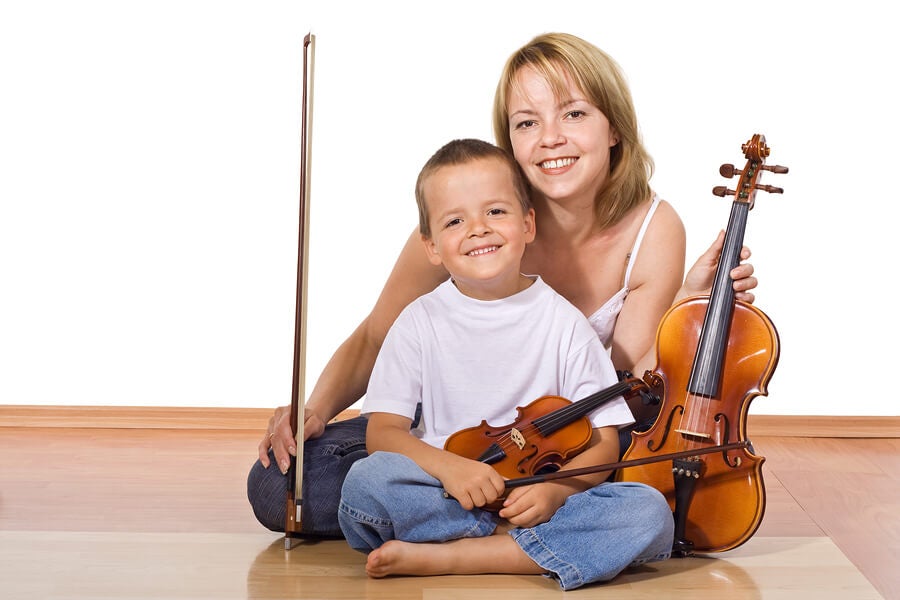 There are so many benefits of playing a musical instrument from a young age. Without even knowing it, your child could be beginning his or her career as a musician. In the future, this could give your child the opportunity to travel the world and perform on the greatest stages.

Benefits of playing a musical instrument

The relationship between music, culture and education

Music is one of the most loved artistic manifestations known to man. Every human society has created and reproduced sounds with instruments and with the human voice. In doing so, they express thoughts, ideas and sensorial stimuli.

Music is present every day in our homes, through all different means. For example, television, the internet, radio all reproduce music. In fact, many children’s educational games even involve music. This is because studies have proven that music is conducive to learning.

Every child feels naturally attracted to music and musical instruments. It should be of no surprise that many children’s toys are mini pianos, xylophones, microphones, etc. Thanks to these toys, many parents may come to notice that their children have a strong inclination towards music.

The benefits of music as a psychological and social tool

Music provides many psychological and social benefits. One of them is that it gives children the ability to concentrate and meet their educational goals.

Generally, when children play a musical instrument, they end up taking part in an orchestra or musical ensemble. This automatically allows them to socialize with their peers and learn to work as part of a team.

Many parents believe that children can only learn about teamwork and making strategies by participating in sports. However, the precision needed to make a symphony sound good and in tune requires arduous collaboration and practice as a team.

Learning to play an instrument also activates a sensitivity to arts and culture. They also learn a great deal about professional development and the correct way to integrate in society.

Some institutions in Latin America and Europe have brought to their countries the project developed by José Antonio Abreu. The project, created in 1975, is called “National Network of Youth and Children Orchestras.”

This program was aimed at children with limited resources who lived in poor neighborhoods and regions. By becoming involved in artistic activities, the children were able to distance themselves from drugs and other bad habits. At the same time, their experience allowed them to develop professional careers as classical musicians.

Children in both public and private schools were given the opportunity to learn to play string instruments, wind instruments, and study musical theory.

The benefits of music as a psychological tool

In order to play a musical instrument, both hemispheres of the brain must work together to correctly coordinate the movements.

This action causes the brain to have a higher performance. This applies to memory, concentration, fine motor development and even a higher IQ.

Specialists believe the piano is the instrument that creates the most connections in the brain. This is because using each finger on both hands to touch a different key is a very complex task. Furthermore, playing the piano requires a great deal of precision.

As you can see, there are so many benefits to playing a musical instrument that we’re sure you’re already feeling inspired. Don’t hesitate to sign your little one up for lessons as soon as possible.

And remember that the sooner your child begins to study music, the better. Learning to play a musical instrument from a young age allows children to better absorb knowledge and advance much faster.

Who knows, your child just may be the next Vladimir Horowitz, Andras Schiff, Ana Sophie Mutter or Yo-yo Ma.