When teaching children about the properties of water, there's nothing better than letting them do experiments and use their own hands. We'll show you some fun and easy ones that your children will never forget. 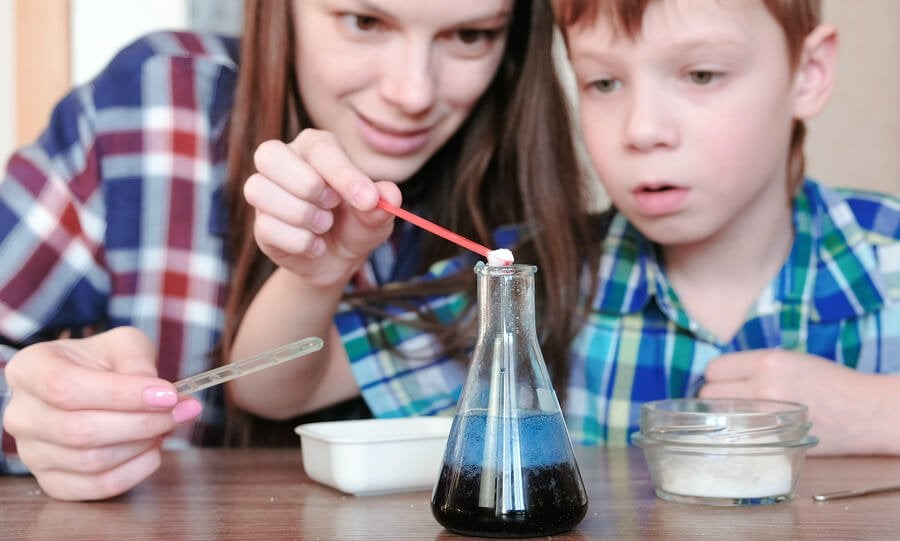 Your little ones should learn about the basic laws of physics and chemistry. What better way to learn than through fun water experiments and games?

There are simple experiments that you can do with your children at home. With them, you can teach them about the magical world of science in a fun way.

The best way to explain science is by experimenting. It’s great for kids, since it awakens their curiosity and interest in scientific phenomena.

Here, we’ll give you some science activities that you can enjoy together as a family at home:

For this experiment you’ll need:

When you do this last step, you’ll see how the pepper moves quickly away from the place where the soap touched. Some will fall to the bottom, and some will go to the edges of the bowl.

The molecules of water are linked by bonds. This allows the surface layer to have a light substance on it.

This is called surface tension, and it’s what allows the pepper to float. Then, the detergent decreases this tension by interfering with the forces.

When that tension is broken and the pepper has no way to sustain itself, it separates. It’ll either go towards the bottom or edges of the bowl.

2. Rainbow in a bottle

Density is how you measure the molecular force in solids, liquids, and gases. Each substance has its own density, and this experiment shows items’ different densities.

Liquids with more molecules, thus more density, are heavier. They sink to the bottom without mixing with the others. Others that are lighter stay at the top.

“Experimentation is the best way to explain science. It’s great for kids, since it awakens their curiosity and interest in scientific phenomena.”

For this experiment you’ll need:

This bottle shows a simple part of the water cycle. The sun warms it, and it rises into the atmosphere in the form of water vapor. It creates the clouds that store it.

The vapor that’s in the clouds condenses. Then, when it meets a cold current of air, it falls in the form of rain. This is one of the best water experiments for children.

The materials for this experiment are:

Watch how the water transfers containers from the paper towels. Your kids will love watching how it turns green.

The water molecules are united with each other and everything they’re in contact with. This is called adhesion. Capillarity is also important here, which is the ability of liquids to move up in the spaces of a porous material.

In these water experiments, children can see how the molecules stick to the paper towel. They can watch how it’s also attached to the rest of the liquid. Additionally, they see how two primary colors combine to create a new one.

Water is the essence of our life and our planet. Through these water experiments, children can learn about the importance functions and properties of water.

These types of activities are both economic and fun. They’re also very educational, which makes them very important.

Enjoy discovering the world with your child, without having to leave your home. Open the door to the incredible path of science!