An Open Letter From a Pediatrician to Doc McStuffins 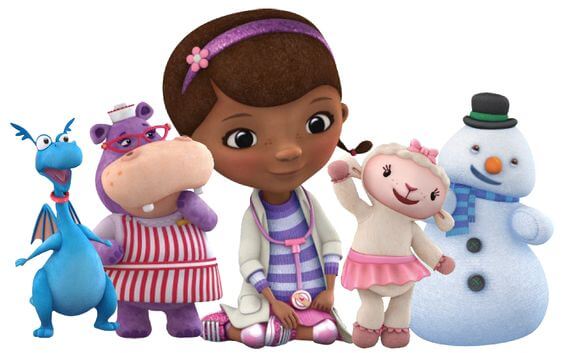 Most children enjoy watching cartoons and can even learn valuable lessons from them. That’s why it’s is not surprising that a specialist like pediatrician Steve Silvestro would decide to write a letter to the famous toy doctor Doc McStuffins, a character in a Disney series.

In that letter, Dr. Silvestro tries to disprove erroneous information about the impact of Doc McStuffins on children. His position is the complete opposite of that expressed by Harvard University, which developed an unflattering study on this character and others.

In that report, it was said that children who watched Peppa Pig were more likely to develop autism. This information was quickly discarded, both by medical specialists and by the university itself, which declined any type of analysis.

After this unfortunate incident, it wasn’t long before the touching and amusing letter from Dr. Silvestro came out. Dr. Silvestro thanked the character’s creator for his contribution to childhood: now children do not fear doctors!

What the Letter to Doc McStuffins Says

“As you know, it is customary for us doctors to send letters to each other about patients we share. Well, it turns out that we share a lot of patients, and I wanted to report on how much you’ve helped them,” writes Dr. Silvestro.

“First, I have to say that you have made my job so much easier!” the North American pediatrician initially argues. He explains that a fear of going to the doctor has disappeared among children. Now they are practically excited to come, and some are even dressed in white coats.

“If a child is still nervous when I walk in the room, all I have to do is sing Time for Your Checkup and I see their eyes light up. It’s like a secret handshake that lets kids know that I’m on their side.

“Everyone knows that you use your stethoscope to magically bring your stuffed animals to life. As a result, children are no longer afraid of my own stethoscope. They no longer see it as a cold medical tool, but now as a gateway to imagination and fun.

“I can pretend to put it in the wrong places – like their elbows and knees, or on my nose like an elephant – and get giggles instead of winces when I finally do put it on their chest.”

“But I want to point out that you help guide kids through more than just going to the doctor. From being patient and overcoming fears, to handling friendships, adoption, and bringing home a new baby, you help show kids how to navigate all of the challenging and sometimes uncomfortable aspects of the day-to-day experience of being a kid.”

One of the aspects of the show most valued by this pediatrician is Doc McStuffins’ relationship with Chilly. This character is known to be “a bit of a hypochondriac” and worries about trivial things.

For that reason, the author of the letter says he is “not unlike a small child.” For children, even the smallest things seem big and intimidating.

A useful way to motivate little ones

Although Chilly’s fears are unfounded, Doc McStuffins listens carefully to the patient, reassures him and gives him security.

“Your example is a good reminder for both parents and your fellow doctors to listen with open ears and respond with warmth and love when working with anxious children,” says the pediatrician.

However, Dr. Silvestro indicates that this is not the only way in which the cartoon teaches by example. Just as Doc McStuffins dreams of becoming a doctor like her mother, she is also an inspiration to many patients.

Now many infants ask for the stethoscope to hear the sound of their own hearts. Many of them even express a deep desire to become doctors when they are older. This astonishes Dr. Silvestro, as he considers it something new.

“So thank you again for making my job easier, for giving me reason to break out in song during a checkup, and for being a wonderful role model for my patients and for me. I hope that we continue to share many little patients together!”