Dominance and Submission in School Bullying

In situations of school bullying, a relationship of dominance and submission develops between the aggressor and the victim. In the following article, we'll go in depth about this serious problem. 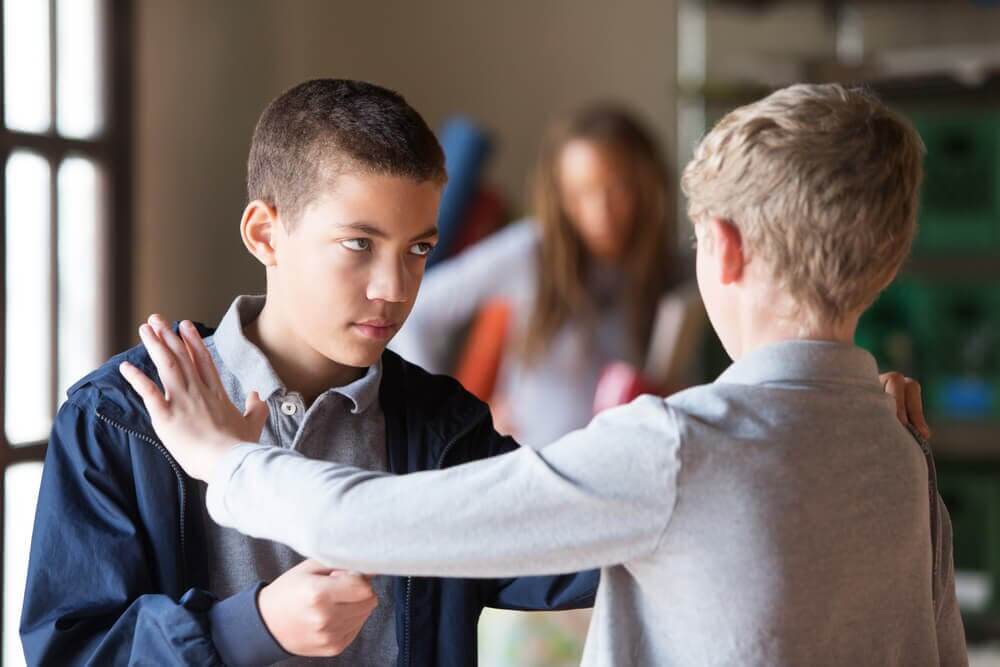 The dynamics of dominance and submission in the context of school bullying perfectly explain the imbalance that exists between bullies and their victims. This is a key element when it comes to determining whether an episode of violence between students can be considered bullying or not.

So, any time that bullying takes place at school, victims feel weak, defenceless, and vulnerable. At the same time, their attackers feel strong and powerful.

“School bullies maintain a pattern of dominance, oppression, and abuse, submitting their victims to fear and isolation.

Dynamics of dominance and submission in the context of school bullying

An imbalance of physical, social, or psychological power between the victim and the aggressor is a determining factor in an episode of school bullying. In other words, the victim isn’t in the same conditions to be able to defend him or herself from continuous attacks. It’s a situation of inequality and defencelessness on the part of the victim.

We can explain this in terms of a scheme of dominance and submission. Here, the bully attributes a series of characteristics to his or her victim, such as:

And, at the same time, the victim attributes the following characteristics to his or her aggressor:

This allows for the maintenance of a certain misunderstanding regarding the vulnerability of the victim and the impunity of the aggressor, which allows the abuse to continue. However, the phenomenon of bullying doesn’t consist of a bilateral relationship, but rather a trilateral relationship. In other words, three different parties participate in the dynamic:

In this sense, all three individuals or groups interact with one another in a positive or negative way. A code of silence and the public condemnation of any tattlers or informants maintains this trilateral relationship.

The relationships that develop within the scheme of dominance and submission

Within the scheme of dominance and submission in the context of school bullying creates the following relationships:

The role of schools in the scheme of dominance and submission

Many times, schools and educators make certain mistakes when it comes to dealing with school bullying:

The truth is, schools can keep the dynamics of dominance and submission among students from developing. To do so, they must turn away from traditional teaching methodologies and set their sights on more innovative approaches. As a result, not only will they develop academic competencies, they’ll also educate children in emotional education.

Therefore, the educational system bears the responsibility of developing the following values among the student body:

“Education is the vaccine for violence”.

4 Keys to Identifying School Bullying
Many students suffer daily, being subjected to various acts of violence. Therefore, it's important to know the keys to identifying school bullying. Read more »
Link copied!
Interesting Articles
Childhood psychology
All About the Theory of Multiple Intelligences

Childhood psychology
Schedules of Reinforcement: What They Are and How to Use Them

Behaviorism is a psychological theory that offers a variety of techniques to modify behavior. Many of them are used in…