All About the Theory of Multiple Intelligences

Do you know what the theory of multiple intelligences is and why it's important? We'll tell you below! 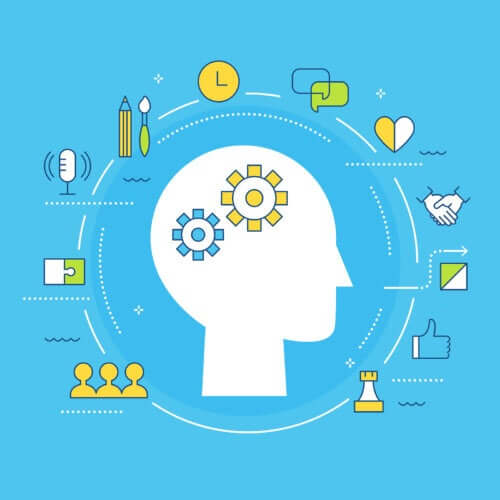 The theory of multiple intelligences appeared thanks to Howard Gardner. In his book Frames of Mind (1983), he broadened the definition of intelligence and described several different types of intellectual competencies.

He developed eight different types and explained that we can all have these intelligences and even more than one. What’s more, each person can differ from others depending on their lived experience or on their genetics. In any case, it’s important to know them in order to develop them.

The theory of multiple intelligences

Linguistic or linguistic-verbal intelligence is part of Howard Gardner’s theory of multiple intelligences. It deals with sensitivity to spoken and written language and the ability to learn languages. At the same time, it refers to the ability to use language to achieve certain objectives.

People with linguistic intelligence, such as William Shakespeare and Oprah Winfrey, have the ability to analyze information and create products that involve spoken and written language, such as speeches, books and memos.

People with spatial intelligence have the ability to recognize and manipulate large-scale, detailed spatial images. For example, we have Frank Lloyd Wright and Amelia Earhart. This is undoubtedly a great ability.

Body kinesthetic intelligence is the potential to use the whole body or parts of the body (such as the hand or mouth) to solve problems or create products. So, people with kinesthetic body intelligence have the ability to use their own body to create products, perform skills, or solve problems through body-mind connection – for example, Michael Jordan and Simone Biles.

Next, interpersonal intelligence is the ability to understand the intentions, motivations, and desires of other people. And, consequently, to work effectively with others. People with interpersonal intelligence also have the capacity to recognize and understand the moods, desires, motivations, and intentions of other people. For example, we can mention Mahatma Gandhi and Mother Teresa.

Similarly, intrapersonal intelligence is the ability to understand oneself, to have an effective working model, including one’s desires, fears and abilities, and to use that information effectively to regulate one’s life.

Finally, naturalistic intelligence implies experience in the recognition and classification of the many species – flora and fauna – in their environment. In other words, people with naturalistic intelligence have the ability to identify and distinguish between the different types of plants, animals, and weather formations found in the natural world. For example, we can look at Charles Darwin and Jane Goodall.

Now that you know the eight intelligences that make up Gardner’s Theory of Multiple Intelligences, you have may have identified with one or more of them. What’s more, you may even see them in your children. In any case, what matters is that you always follow your learning instincts to develop your full potential.