Can Children Learn Two Languages at Once?

Have you ever wondered whether children can learn two languages at once? Find out all the pros and cons in this article. 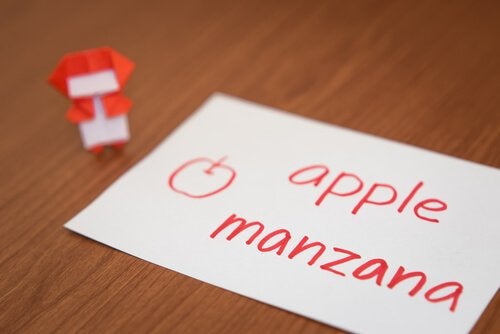 Yes, it is possible to learn two languages at once. There are many myths and misconceptions about raising bilingual children. We’ll take a closer look at this topic below.

Learning two different languages at the same time has no negative impact on children. Contrary to what people may think, the earlier children learn a second or even third language, the easier it is for them.

In fact, children learn and absorb new ideas easier than adults do. The same thing happens with languages. Because of this, the learning process is very intuitive until they’re eight years old, and the effort involved is very little.

However, some parents don’t seem to trust this fact, leading to unnecessary complications. Others believe it’s best to include languages in children’s education from an early age, thus enhancing their communicative tools.

Can children learn two languages at once?

The answer is yes. Children are indeed capable of learning two languages at the same time, particularly when each parent’s mother tongue is different.

The sooner the child starts living with both languages, the more natural the experience. He or she will get confused less often.

We should remember that children’s brains act like sponges. They can absorb and take in concepts easily, which helps with overall learning.

Their ears can also perceive all the subtleties (intonation, rhythm, articulation and so on) of each language, at a phonological level. This is really helpful in developing correct pronunciation.

In this global age it’s becoming increasingly more necessary to learn two languages at once, from childhood, in order to guarantee a person’s full social development.

Research conducted in 1977 by scientists from the Sloan Kettering Memorial Hospital in New York showed that young children can simultaneously memorize two or more languages in the same area of the cerebral cortex.

To do so, they use the same neurons. On the other hand, adults store that knowledge in different areas of the brain.

Monolingual children are more limited in the long term, mainly because they’ll likely need to learn a new language later in life.

Nowadays, we shouldn’t miss any opportunity to enhance children’s knowledge from an early age, to make their life easier in the long run. After all, if learning is easier in childhood than adulthood, why not make the most of it?

Being able to speak two or more languages has several long-term benefits, such as making it easier to find a job and adapt to new social environments.

“One language puts you in a corridor for life. Two languages open every door along the way”

For a child to be bilingual, parents must communicate in both languages, not only at home but during everyday activities.

Sometimes, both parents share a mother tongue, but they learned other languages at some point in their lives. In this case, they should practice these languages as we explained before. This helps children to grow accustomed to them, so they will soon become fluent.

We should always avoid translations. In other words, we shouldn’t use translations as a primary tool for teaching. “Ventana means window” doesn’t give us complete information that stimulates intellectual capacities.

On the other hand, if we explain a concept to our children in the same language, we’ll obtain a better result. He or she will be able to understand the concept in another language, instead of only knowing the equivalent of the word.