The 4 Most Common Causes of Tantrums

When faced with tantrums, many parents tend to lose sight of what may be causing the problem when, in fact, it may be something as basic as lack of food or sleep. Below, Úrsula Perona explains the common causes of tantrums. 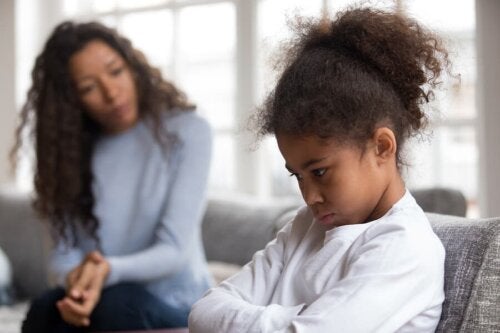 For parents, knowing the main causes of tantrums is extremely useful for their day-to-day lives with their small children. Not only because it allows them to better understand their needs but, also, how to manage situations that may arise as a consequence. We’ll delve deeper into it with the following example.

Julia is a kind, happy, and polite three-year-old. Her parents always try to raise her with affection, love, and respect. In general, she’s usually calm. However, sometimes, without really knowing why, she becomes irritable and tearful and throws a tantrum over anything.

Is this normal behavior? Or does she have a behavioral problem? How can parents know the main causes of tantrums and how to handle them? Let’s continue looking into it!

The main causes of tantrums

The main causes of tantrums, agitation, and respective crying aren’t as cryptic as you may think. In reality, they’re a reflection of needs as simple as eating and sleeping, for example.

Like adults, children need their sleeping hours. The difference between children and adults is that the former need more hours of rest.

In daycare centers, the subject of sleep is very controlled. But what happens when children advance to elementary school? These naps usually disappear, so when you go to pick up your children at school, you’re going to find them very tired, as they’ve been “working” for six to seven hours straight.

When faced with a tantrum, the first question you should ask yourself is whether your child got enough sleep.

Children don’t feel the warning signs like adults. In other words, if they’re very immersed in playing, they can forget that they’re hungry. Thus, a tantrum can appear, because their body does notice the drop in sugar levels.

If your child is in the middle of a tantrum, you have to ask yourself when was the last time they ate.

Thus, experts recommend parents to always have a healthy snack on hand, such as a piece of fruit or some crackers. Sugary foods, such as juices or chocolates, aren’t the most recommended option (even although it’s the most popular).

Contrary to what you may think, sugary foods only produce a very high sugar spike which, organically, will then have a sudden drop that may cause more tantrums.

Read on to learn more: Surprising Benefits of Tantrums You Didn’t Know About

Stressful places, such as malls or birthday parties, in which many stimuli are present at the same time, such as music, other children, clowns, and lights, are clear sources of tantrums.

It’s normal for children to go crazy in these situations and to fight with other children or suddenly start to cry. If this occurs, it’s best to remove them from the stressful situation and help them calm down in a place away from the stimuli that may have caused their misbehavior.

Boredom, one of the main causes of tantrums

When children get bored, they misbehave. This is quite normal, as it’s a product of the curiosity that characterizes this development stage.

In this regard, children continuously need something new to learn or manipulate. Thus, if you don’t provide a stimulating environment for them, they’ll start to get bored, leading to typical sibling fights or screaming and bad behavior in crowded restaurants.

However, this doesn’t mean that you have to find new entertainment for your children every week. All you have to do is put some very simple tricks into practice.

One of the tricks is to simply divide their toys into three boxes. Then, hide two of them and simply change their toy box every week. This will keep your child from becoming saturated and bored from always seeing the same toys.

Another very useful trick is to take them to the park, field, or beach. Keep in mind that it’s rare for a child who has the opportunity to spend time outdoors to misbehave.

And, finally, the craft box. Yes, your living room will be totally messy after a day of experimenting with it, but your children will have been entertained with glitter, glue, and construction paper.

This article may interest you: Stopping Tantrums: What Can You Say To Your Child?

Tantrums, a way to learn together

Most of the time, tantrums aren’t a behavioral problem but rather the expression of children’s discomfort, tiredness, or boredom, often because parents don’t respect their rhythms and needs.

At other times, they’re related to children’s inability to self-regulate their emotions and manifest as expressions of anger or frustration. In this case, you should simply accompany them in the tantrum with kindness, patience, and calm. Over time, they’ll learn to express their emotions in other ways.

Yes, you can definitely overcome the tantrum stage with your little ones.

According to neuropsychologists Marcos Ríos Lago and José A. Periáñez Morales, attention is the mental ability to produce and maintain…

Understand your child better
Digital Natives: All You Need to Know About Them