Home » Children » Surprising Benefits of Tantrums You Didn’t Know About

Surprising Benefits of Tantrums You Didn’t Know About 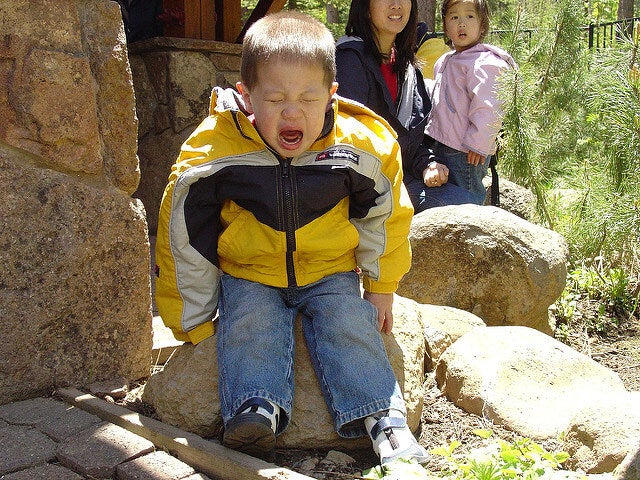 Did you know that there are actually benefits of tantrums? This may surprise you, so keep reading to find out what they are.

As a parent, you’ve probably been in many uncomfortable situations due to your child’s temper tantrums. However, even though they’re hard to tolerate, they may signal that your child’s emotional development is occurring correctly.

In the first years of life, the concept of self-regulation hasn’t been developed yet. Therefore, a child’s emotions can vary suddenly and that is when tantrums occur.

Having a child screaming and crying isn’t the most attractive scenario to find yourself in. The situation undoubtedly causes you a lot of stress and shame.

However, if you know the benefits of tantrums, it can make the whole situation seem a little less serious.

Every act of conscious learning requires the will to suffer an injury to one’s self-esteem. That is why young children learn so quickly before being aware of its importance.

If handled properly, tantrums contribute to a child’s brain development.

When children are born, their brains aren’t fully developed yet. Genetics defines the base, and every life experience forms the definitive structure.

The way a child handles frustration will greatly influence how they’ll face frustration in adulthood.

Crying reduces blood pressure and increases their sense of emotional well-being if support is received from a loved one. Have you noticed how after a tantrum your child’s mood improves significantly?

Crying helps clarify ideas. During tantrums, children enter conflict and express their unhealthy emotions. After frustration and anger leave their mind, they’ll be able to think clearly and they may even learn something new.

When a child can’t concentrate or listen, there could be an emotional block that is preventing their progress. In order for learning to take place your child has to be happy and relaxed.

Tantrums can improve their sleep. Sometimes you may think that the best way to handle a tantrum is to avoid it. However, this isn’t entirely true.

Similar to what happens with adults, stress and negative emotions tend to emerge when it’s time to rest.

That’s why it’s better to look for a healthy way to help your child express their emotions rather than preventing the tantrum.

As if that wasn’t enough…

Your children will feel safe after communicating how they feel. Many tantrums occur in the process of accepting a negative response that you may have given them.

Tantrums are an expression of how they feel about a response. Emotional disturbance is an opportunity to show empathy toward their sorrow.

It’s also an opportunity to help them learn how to communicate better. Tantrums also help strengthen the connection between parents and their children.

Children do something that adults have forgotten how to. As children grow, they cry less.

This is partly because they’ve begun to regulate their emotions, but it’s also an attempt to adapt to a society that doesn’t approve of the expression of emotions.

A child who expresses how they feel doesn’t accumulate negative emotions.

Tantrums improve their behavior in the long term. Sometimes children express themselves through aggression and rebellion against authority at home.

After getting to their limits they release everything that prevents them from showing their natural sweet and cooperative side.

When one of your children has a tantrum, you can also use it to your advantage. You can see yourself in them and understand what they feel because you’ve experienced the same feelings.

Coping with childhood tantrums assertively will help you face your own emotional challenges. Trying to communicate and express feelings as a family is a habit that can improve the collective sense of well-being at home.

People who verbalize their feelings and share them with their loved ones are usually happier and healthier.

Remembering that you can get learning and enrichment from every moment allows you to work in a better way as a parent in the lives of your children.