8 Celebrities will Give Birth in 2019: Find Out Who They Are

In 2018, a large number of celebrities broke the news that they were pregnant and expected their children in the new year. Which celebrities will give birth in 2019? 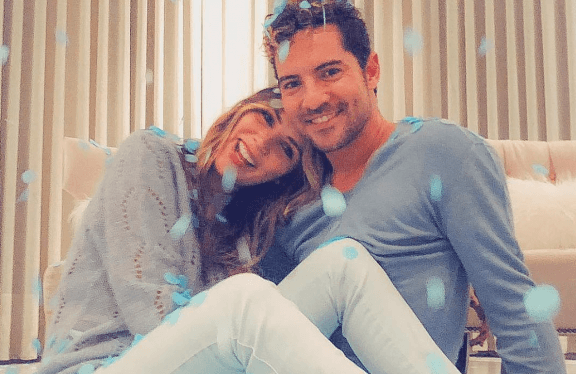 If you still don’t know which celebrities will give birth in 2019, don’t worry. You’ll find out all about this year’s celebrity pregnancies. This year we’ll see children from well-known models, musicians, actresses, and even new royal babies.

This is some of the year’s most popular news, so catch the excitement of these pregnant celebrities!

8 Celebrities will give birth in 2019

Popular families will be gaining some new members in 2019. Find out all the details, and how these celebrities have reacted.

Meghan, the wife of Prince Harry, is pregnant. This has had quite an impact on the royal family, especially on the prince, who has completely changed his lifestyle. He’s even joining his wife in the healthy lifestyle that she’ll need to follow during pregnancy.

The duchess of Sussex will give birth to her first child in spring of 2019. However, due to the requirements of Queen Elizabeth II and strict royal protocol, they won’t announce the sex or name of the baby until the child is born.

After sealing their love with a romantic and unique wedding in 2018, Vincent Cassel and Tina Kunakey are expecting their first child together. They’ve shared their good news with their followers on social media.

She posted a photo showing her growing belly, and her husband shared a sweet video on Instagram showing him kissing and caressing Kunakey’s belly.

Despite posting with such enthusiasm about her pregnancy on social media, not much is known about the details yet. However, what is clear is that Tina is another famous woman who will give birth in 2019.

The Venezuelan model and singer David Bisbal have announced on social media that they’ll become parents this year. They posted a photo where the future parents appear alongside the ultrasound of their child.

Rosanna is another famous woman who is joining the baby boom and will make her debut in motherhood in 2019. They haven’t yet revealed many details. However, at the beginning, Zanetti declared, “I’ll be happy with whatever we get, boy or girl. I don’t want to choose.”

Later, she made the baby’s sex public with a photo of the couple surrounded by blue confetti. She also added in the post that, “A Bisbal boy is on the way.”

Spanish designer Lourdes Montes and the bullfighter Fran Rivera announced last year that they’re expecting their second child. Montes admits that this time is more difficult than her first pregnancy.

They’ve already revealed the baby’s sex: “It will be a boy, who will be named after his father.”

The couple has made it clear that they’re happy and their dream was always to give their daughter Carmen a little brother. However, their daughter hasn’t taken the news particularly well, so she doesn’t want to talk about the topic.

The famous model and Victoria’s Secret Angel Lily Aldrige and the singer from Kings of Leon, Caleb Followill, are expecting their second child. The model also decided to announce that she would be a mother again through a photo on her Instagram account, where she shows off her incipient baby bump.

Although Ryan Gosling and Eva Mendes are a very private couple, a source close to them says they’re happy to be welcoming their children. Yes, children!

The parents are expecting twins despite the fertility problems they’ve had as a result of her age. She has done several in vitro fertility treatment rounds which were unsuccessful until now.

On the other hand, they’ve revealed the possible names they’re considering giving the twins: Viviana and Carlos, this last one in honor of Eva’s brother, who passed away.

Natalia Sánchez, the actress who played Teté in Los Serrrano, has announced on Instagram, alongside her partner, the actor Marc Clotet, that they’re joyfully expecting a baby.

This means that in 2019 they’ll be a family of three. However, the precise details of Sánchez’s pregnancy are still unknown.

The famous Spanish singer Melendi and his partner Julia will have a new member of the family soon. This baby will be his fourth and her second. They’ve already announced that they’re expecting a girl, but they haven’t revealed her name yet.

Being a mother is one of the best experiences. Many celebrities, like the ones listed here, will soon find this out. And you? Have you already reached that sweet moment, or is it yet to come?

FOMO in Adolescents: What You Need to Know
FOMO stands for "fear of missing out." This condition can occur in people of any age, but FOMO in adolescents is particularly common. Read more »
Link copied!
Interesting Articles
Sports and activities
3 Easy and Fun Crafts for Children