When should parents start giving solid foods to their babies? And what's the best way to do so? These are questions that often arise at the pediatrician's office. Today, we'll give you some answers. 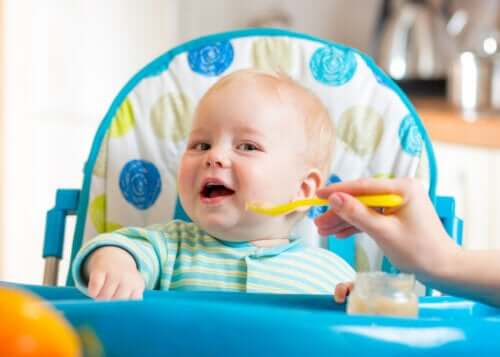 During their first months of life, newborn babies obtain all the necessary nutrients from breast milk and formula. When introducing babies to solid foods, you also give them the chance to have a seat at the table. So, what’s this transition like?

Different scientific associations, like the Spanish Association of Pediatrics, recommend introducing babies to solid foods when they’re six months old. You can give them purees, sliced foods or the combination of both methods.

Regarding possible allergenic foods, delaying their introduction doesn’t prevent allergies. According to a study from the journal of the American Medical Association, when they introduced babies to eggs and nuts at an early age, there were less risks of developing allergies. However, it’s important to introduce them one by one and never combined.

In case your baby presents an allergy after eating a puree with a combination of ingredients, it’ll be more difficult for you to identify the problem. Therefore, you shouldn’t give them any food for the first time at night. Also, it’ll be better to introduce them to something new every other day.

One of the first food groups to consider when feeding your baby for the first time is fruit. At first, you should peel them. In case they’re hard, like apples, you should cook them. After some time, you won’t have to peel them anymore. However, always remember safety rules in order to prevent them from choking.

Proteins should be included gradually, almost from the beginning. Soft meat, like chicken thighs, are a good way to start. Don’t become overwhelmed if they don’t eat much.

Parents usually feel uncertain about this type of food because of its consistency. However, you can prepare legumes in the shape of burgers, falafel or hummus. Babies can start eating this when they’re six months old. You can also give them soybeans by introducing them to tofu, tempeh or textured vegetable protein.

For a long time, people recommended separating the whites from the yolks. However, once they’re six months old there’s no risk in giving your baby the whole egg. You can boil it or use it in different recipes, like Spanish omelet. But remember that eggs must be fully cooked.

Of course, if you prefer, you can give them a cooked egg white first and then, a few days later, the yolk.

Specialists don’t recommend cow’s milk consumption until kids are 12 months old. But you can use it for certain preparations, like béchamel sauce.

There’s no agreement among specialists regarding yogurt and cheese. According to the American Academy of Pediatrics, babies can start consuming them when they’re six months old. Whereas, the Spanish Association of Pediatrics recommends their consumption after kids are nine months old. In any case, these products must be pasteurized.

Cereals are one of the most handy products. Even though people usually prefer whole grains, in the case of babies there’s no difference when using one or the other.

When babies drink formula, it’s important to take carbohydrates into account. If the cereals you choose come with fruits, the amount of free sugars must be less than 2 or 5%. Also, they must contain iron (more than 7 mg per 100 grams of product).

If your baby is celiac, pay attention to the amount of arsenic present in rice. In order to reduce the arsenic amount, you have to wash it before cooking it, just like you wash quinoa.

Finally, people usually have concerns about gluten. You can introduce your baby to gluten through unsalted bread, at least until they’re one year old.

Before babies are three years old, you can’t give them the whole nut, because it may cause choking. You can chop the nuts or make butter with them. For example, you can spread it on the bread, or use it in pastry-making.

Once babies are six months old, they can start drinking water. You can offer them any time they want, especially in warm places. 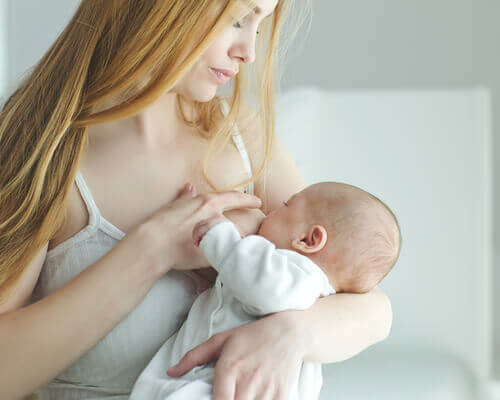 The Wonder of Breastfeeding: How Breast Milk Is Produced
Have you ever asked yourself how breast milk is produced? The birth of a child is a wonder of human nature. Breasts are glands in the feminine body that are made up mainly of fatty tissue. Within this tissue, all the breast milk that a baby needs is produced. Read more »
Interesting Articles 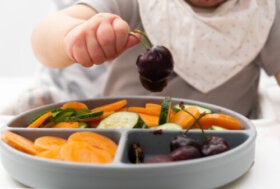 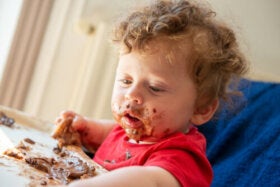 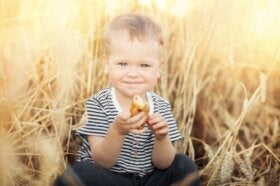 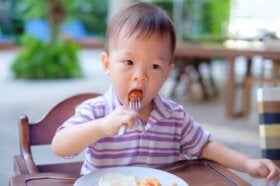 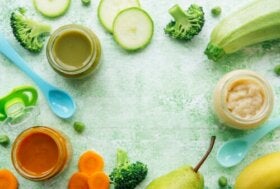 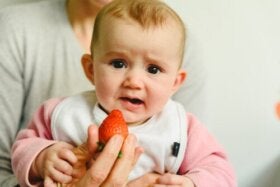 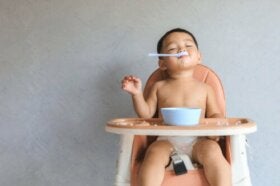 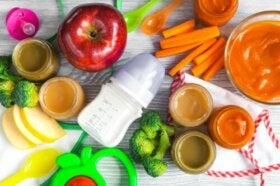 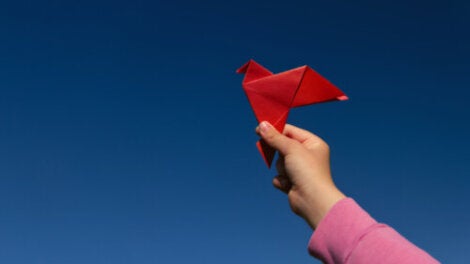 Activities and games for kids
How to Make Paper Birds

Creating figures is one of children’s favorite didactic activities, as they have a lot of fun playing and producing. In addition, it allows them to develop their skills and creativity. In this article, we’ll tell you how to make paper… 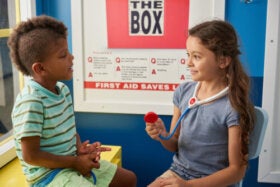 What should you know?
The Development of Thinking in Children and How to Stimulate It

The development of thinking in children is fundamental to being able to reason and understand everything that surrounds them, from… 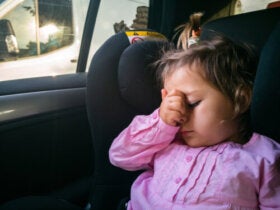 Preventing children from getting car sickness is one of the priority tasks for parents when planning their vacations. Also known… 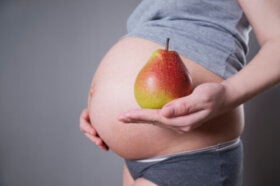 Prenatal care
The Benefits of Pears During Pregnancy

Pears are a food that has several benefits during pregnancy. They’re one of the most recommended fruits to include in your diet on a frequent basis. This food not only contains a large amount of antioxidants, but it’s also a…