Oppositional Defiant Disorder: What You Should Know

In this article, we'll discuss everything you need to know about oppositional defiant disorder, including what you can do to identify and treat it before it gets out of hand. 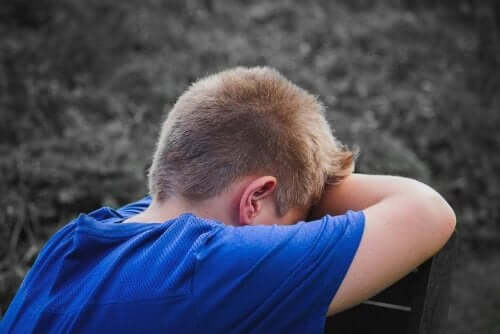 Oppositional Defiant Disorder (ODD) involves antisocial behavior that leads to hostility and disobedience. As the name suggests, children with ODD are defiant and uncooperative with authority figures. Children usually develop oppositional defiant disorder around the age of eight.

If children have a defiant attitude for six months or more, they could have ODD. It’s important to consult a psychologist to get an accurate diagnosis.

Oppositional defiant disorder can be seriously detrimental to children’s development. It makes it very difficult to get along well at home, at school, or in any other social environment.

It’s important to mention that there are certain factors that increase a child’s risk of developing ODD. For example, many more boys than girls are diagnosed with the disorder.

While experts aren’t sure about the causes of ODD, they believe that hereditary and environmental factors are the most likely culprits. Some other possible causes are:

Many children with oppositional defiant disorder have at least one family member with a mood disorder.

An imbalance in certain chemical substances in the brain can affect behavior. Consequently, researchers believe that changes in serotonin levels could trigger ODD.

The inability to manage emotions and control impulses can also contribute to violent and hostile behavior towards other people.

The environment where children spend most of their time is a key factor in the development of any kind of disorder. Children, just like everyone else, are directly affected by their context. Problems in their immediate surroundings can lead to disruptive behavior.

The environmental factors that are most relevant are:

It isn’t always easy to tell the difference between a child with a strong personality and a child with ODD. Nevertheless, there are some symptoms that can help you identify the disorder.

Children with ODD invariably act out at home, but they might not show any signs of the disorder at school. Each child is different. Here are some of the most common symptoms:

If ODD isn’t treated in time, these problems will follow the child into adulthood. In extreme cases, the individual with ODD could end up incapacitated, and completely unable to cope in social situations.

Adults with untreated ODD are also more likely to become addicted to drugs, which makes the problem even worse.

At school, children with untreated ODD often fail and drop out. What’s more, they have trouble forming relationships with the other students, so they end up forming unhealthy friendships elsewhere.

ODD also has a profound impact on interpersonal relationships and family life. Over time, the characteristic antisocial and hostile behavior of oppositional defiant disorder makes it nearly impossible for people with this condition to maintain relationships.

In conclusion, it’s crucial to diagnose and treat ODD in children as soon as possible. The sooner the problem is identified, the better. With the proper treatment and support, children with ODD can learn to cope and go on to live full and happy lives.

Adolescents Acting Out for Attention: 9 Examples
Adolescents acting out for attention is often a sign of communication problems with their parents. The adolescent child wants to be noticed. Read more »
Link copied!
Interesting Articles
Childhood behavior
The Key to Success: An Activity to Motivate Children