As the result of the latest publications on ADHD (Attention Defecit Hyperactivity Disorder), many parents ask ourselves whether our children have been wrongly diagnosed. Is ADHD over-diagnosed? 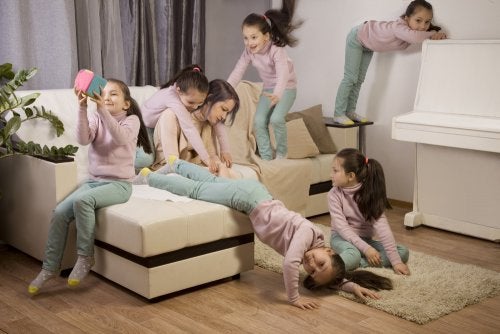 Attention Deficit Disorder, with or without hyperactivity (ADHD), is one of the most controversial disorders of our time. Given the heterogeneity of the syndrome, many consider it a one-size-fits-all diagnosis for problematic children.

What’s more, there is a lack of common criteria among the scientific community in order to establish a clear diagnosis. Current medication doesn’t guarantee a solution, as the origin or cause of the disorder is unclear.

Treatment, derived from amphetamines or medications known as stimulants, like Ritalin, end up acting like temporary patches to disguise symptoms. All of this leads many to ask the question: Is ADHD real? Or is it fiction?

The historic evolution of Attention Deficit Disorder: From reality to myth

The origins of the study of this disorder dates back to the first half of the 20th century. In this time period, various members of the scientific community made an attempt to describe and classify the condition.

They grouped together children who had difficulties concentrating, were restless, irritable and impulsive. They labeled the condition as Minimal Brain Dysfunction or Postencephalotic Behavior Disorder – even though the individuals had never suffered brain damage.

The first appearance of ADHD in the DSM

In 1968, Attention Deficit Disorder appeared for the first time in the Diagnostic and Statistical Manual of Mental Disorders, under a different name.

Hyperkinetic Disease of Infancy was included thanks to Leon Eisenberg, an American doctor and specialist in child and adolescent psychiatry. He convinced the scientific community and the world that there was a genetic cause to the described symptoms.

Years later, in 2009, he would refute this claim in an interview for the German magazine Des Spiegel. He pointed out an excessive diagnosing of this disorder, given the elevated number of detected cases.

Changes in the disorder

In the 1980s, the term that appeared in the DSM-II was Attention Deficit Disorder with or without hyperactivity. It wouldn’t be until the 1990s that the classification would be broken down into the three current sub types: Inattentive type, hyperactive-impulsive type, combination type.

During almost a century of evolution, the concept of ADHD underwent multiple changes, and not always in the same direction. The symptoms of hyperactivity weren’t always linked to Attention Deficit Disorder.

Therefore, ADHD is a concept that encompasses different infant, adolescent and adult psychiatric disorders. The expertise of a professional is necessary in order to make proper diagnosis.

Scientific proof of the existence of ADHD

Professor Marino Pérez Álvarez, specialist in Psychotherapy and Intervention Techniques at the University of Oviedo (Spain) co-authored an interesting book on the subject. The title of the book is Volviendo a la Normalidad: la invención del TDAH y del Trastorno bipolar infantil, or in English, “Going Back to Normal: The invention of ADHD and Infant Bipolar Disorder.”

The book is full of scientific references and evidence that dismantle Attention Deficit Disorder. Part of this evidence is the absence of a brain biomarker that demonstrates the existence of the disorder.

The author also points out the statement that Eisenberg himelf – the “father” of ADHD – made shortly before his death. In an interview, Eisenberg recognized the problem of the patholization and excessive diagnosis of infantile behavior. According to his book, the combination of symptoms that ADHD encompasses has more to do with behavioral issues than a clinical profile.

Furthermore, Marino Pérez Álvarez draws attention to an undeniable truth. Pharmaceutical companies have created a very profitable business around the needs of affected families. In 2017 alone, the main producer of medications for ADHD estimated earnings of around 1.2 billion dollars.

So, is ADHD real?

It’s impossible to provide a definitive answer to that question. However, as parents, we should at least question its existence, given the high incidence among the child population – an estimated 6.4 million children between the ages of 4 and 17 in the United States, and the number is growing.

According to the ADHD World Federation, “ADHD is a highly heritable childhood-onset psychiatric condition, which is characterized by age-inappropriate levels of the core symptoms inattention, hyperactivity and impulsivity.”

The federation goes on to say that “Recent scientific studies in ADHD reveal biological underpinnings such as multiple genetic factors, ADHD-related differences in brain structure and function, as well as changes in neurotransmitter components…”

Perhaps the scientific community needs more time to prove whether ADHD is fact or fiction. Perhaps the world is just short on patience. The rhythm of our lives is stressful and the difficulties of reconciling our work and personal lives are ever increasing.

This all means that the time we can dedicate to our children is less than ever before. All this being said, if you suspect your child is having difficulties, don’t have doubts about seeing a trusted professional.

7 Exercises that Improve Your Child’s Ability to Pay Attention
How can you help your kids pay attention? Today we want to present a few very practical exercises so that your child's distractions become a solution rather than a problem. Read more »
Link copied!
Interesting Articles
Childhood psychology
Childhood Schizophrenia: Symptoms, Causes and Treatment