The Best Movies from DreamWorks

Discover the most successful movies from DreamWorks in recent years. We're sure you and your family will enjoy them time and time again. 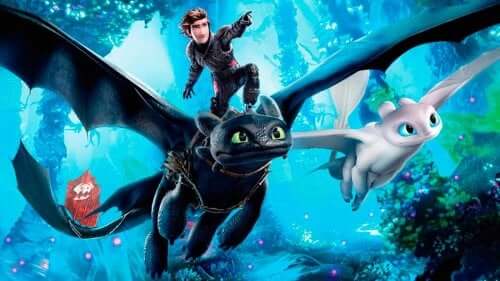 Despite having to compete with powerful and enormous competitors like Disney and Pixar, DreamWorks studios has created a series of children’s films that have become box office hits. Today we’ll tell you all about the best movies from DreamWorks in recent years.

When it comes to their animated films, many of them have become major children’s classics. What’s more, DreamWorks is the first animated movie studio to win an Oscar for best animated film.

Can you guess which movie from DreamWorks Animation won the Academy Award? Below you’ll discover the answer and much more about your favorite children’s movies that you may not have known were from DreamWorks.

So keep reading to find out more!

Without a doubt, Shrek is one of the biggest classics when it comes to animated children’s movies. Breaking free of many traditional stereotypes, the success of the Shrek saga is thanks to its ability to bring together various aspects. For starters, these movies are great for children and adults alike, as viewers of all ages love the storylines.

Second, as we already mentioned above, the release of Shrek was a total innovation 18 years ago when the movie made its debut. As the story takes place in a fairytale world, at first it appears to be a typical tale of fairies and princesses. However, in this story, nothing is as it seems… And it’s the green ogre who must save the princess from a horrible prince.

What’s more, the entertaining dialogues… the humanization of so many different characters with everyday problems… the clever interweaving of so many fairy tale classics… all of these factors have played an important part in the success of the Shrek movies.

In fact, it was the original Shrek movie that won the Oscar in 2002 for Best Animated Film. What’s more, DreamWorks released 3 more movies featuring the world’s favorite green ogre as their hero.

How to Train Your Dragon

Dragons are one of the figures that children love the most, both in literature and in film. Because children find dragons so fascinating, DreamWorks released How to Train Your Dragon in 2010. And it quickly became one of the greatest children’s movies from DreamWorks Animation.

The story’s main character is Hiccup, a young boy who fails to meet the expectations of his father and society. Like most children’s movies, How to Train Your Dragon contains an important message within its adventures. And in this case, the message is more relevant today than ever… It’s okay to be yourself. You don’t need to be like everyone else.

How to Train Your Dragon is a children’s movie recommended for kids who are age 6. That being said, older children will also enjoy the adventurous storyline and appreciate the movie’s message. As for smaller children, they too will enjoy the story from start to finish.

One year before the enormous success of Shrek, DreamWorks released another great movie, Chicken Run. Despite the fact that the movie’s debut occurred almost 20 years ago, it holds an important record to this day. Chicken Run is the biggest blockbuster hit of all time when it comes to stop-motion animation.

Children love to watch movies that feature animals as heroes, and that’s why Kung Fu Panda is such a hit. Kung Fu Panda is a children’s comedy with a cast full of animals, including Po the Panda.

When Po is chosen as Dragon Warrior, he joins up with the Furious Five, the most powerful kung fu warriors. And of course, they’re all animals: A tigress, a crane, a monkey, a viper, and a mantis.

But the movie’s animals aren’t the only thing that make this movie fascinating. The film stands out from other children’s movies for its graphic design and the bold colors that appear in every scene. And once again, DreamWorks turned the story into a saga, releasing the first sequel in 2011 and another in 2016.

If your kids haven’t seen these films yet, then it’s time to schedule a family movie night. We’re sure your children will enjoy these and all of the other children’s movies from DreamWorks Animation. So, what are you waiting for?