Does exercise increase the benefits of breast milk for babies? According to a recent study, the answer seems to be yes. Keep reading! 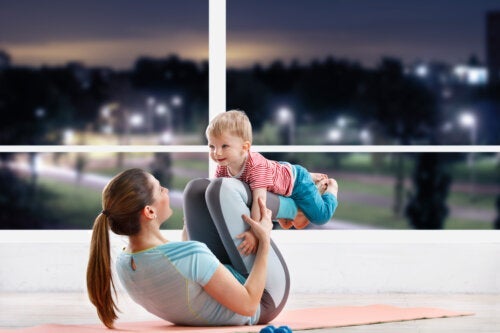 Motherhood involves quite relevant issues, among which physical activity, self-care, and breastfeeding stand out. Regarding the latter, is it true that exercise increases the benefits of breast milk? Coming up next, we’ll let you know.

Exercise and its benefits on breastfeeding

In order to understand the positive influence that maternal physical activity has on a woman¡s own milk, we’ll show you a study published by the journal Nature Metabolism.

Although this study was carried out in animals (mice), they received human milk from women who practiced physical exercise with some regularity. In this sense, the mothers had carried out physical activity before, during, and after pregnancy, under low to moderate intensity programs.

Research results suggested that physical exercise stimulates the production of oligosaccharide 3 ′ Sialyllactose from breast milk, a component that supports the health of babies.

Specifically, this oligosaccharide reduces the incidence of some cardiac and metabolic pathologies, such as diabetes and obesity. In addition, it’s capable of counteracting the harmful effects of high-fat diets, which could open a door for the development of nutritional supplementation treatments.

Fears around exercise and breastfeeding

In general, there’s a certain degree of concern and resistance to the practice of this activity during the breastfeeding period. For many mothers, exercise can affect milk supply or negatively impact the health of their baby.

However, a study published by Cambridge University Press evaluated the impact of maternal physical activity on the well-being of the child up to 52 weeks after birth and it was determined that it doesn’t affect the growth or development of the child.

Therefore, one of the main recommendations of the experts is that breastfeeding is carried out in a normal way and that maternal physical activity is promoted at all stages.

Precautions to take into account when exercising while breastfeeding

As we’ve said, regular physical activity is a healthy habit during breastfeeding, but there are a few things to keep in mind to make it safe for you and your baby.

Exercise that involves direct impacts or blows to the chest should be avoided at all costs, as it can affect the health of the breasts. In addition, the pain produced in these very sensitive tissues can become intolerable during breastfeeding.

2. Breastfeed the baby before exercising

Try to feed your baby before exercising, in order to decongest the breasts, avoid accidental loss of milk, and feel much more comfortable.

If you can’t, wait at least an hour after exercising to breastfeed your child. According to a publication from the American Academy of Pedriatrics, physical activity of varying intensity doesn’t prevent the baby from accepting your milk one hour after finishing it.

After practicing some sporting activity, it’s advisable to take a bath and above all, to properly clean the breasts and nipples area. This advice not only serves to prevent infections due to excessive sweating but also to avoid the salty taste in your baby’s milk.

Taking advantage of the benefits of breast milk depends on your care!

Breast milk isn’t affected by exercise, which is why you can maintain both activities without fear. However, it’s necessary that you implement all the recommendations set out above, as well as those suggested by your GP.

At the same time, we advise you to maintain regular medical control in order to preserve your health and that of your little one. 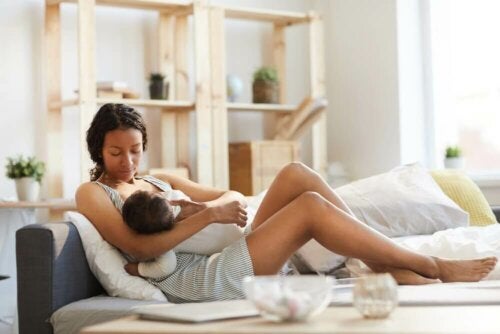 The Psychological Benefits of Breastfeeding
The psychological benefits of breastfeeding for both mother and child make this feeding medium an ideal choice, and its benefits are physical and emotional. Read more »
Interesting Articles 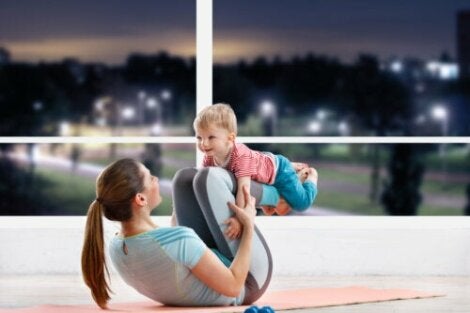 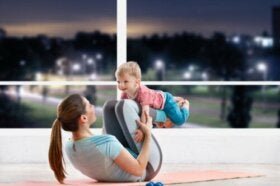