The Finger-Feeder System for Breastfeeding Problems 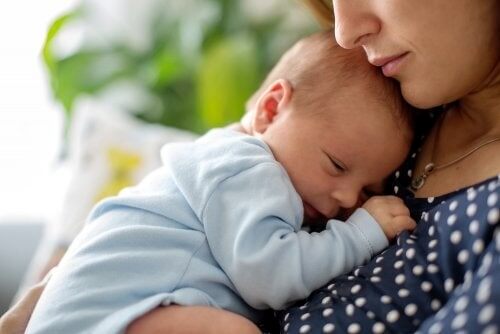 There are many mothers out there who first choose to breastfeed their babies but eventually abandon the practice. It can start to get difficult to schedule when the mother has to be separated from her baby. If you’re currently experiencing issues when it comes breastfeeding, discover how the finger-feeder system can help you.

It can be hard to establish a breastfeeding routine and to stick with it. Various problems can arise that make it difficult for a family to stick to the practice. They decide to abandon breastfeeding for other methods like the bottle.

Some common reasons for giving up on breastfeeding are:

A separation between the mother and child. This is difficult if the separation is prolonged (such as babies who have to stay in the hospital, for example). However, it also happens in a more perfunctory way in the case where the mother has to go somewhere and cannot take her baby with her.

The need to balance work and family life. It’s challenging when the mother returns to work but doesn’t want to give up breastfeeding.

If the baby has a weak latch or is incapable of grabbing the breast. The child isn’t capable of feeding themselves adequately.

If the baby refuses the breast for some reason.

If the child is very sleepy or shows little interest in eating.

When facing these obstacles, many mothers are forced to switch to other methods of feeding the baby like the bottle. Sometimes mothers will drop the breastfeeding practice completely while others try to complement bottle feeding with breastfeeding.

Even though it’s very common to use the bottle, the bottle has disadvantages that we should be aware of. It’s easier for baby bottles to become contaminated with bacteria and using them increases the risk of certain illnesses, like respiratory infections, cavities, or stress.

In addition, this can also cause the baby to develop so-called nipple confusion because the suction created by the breast and the bottle are very distinct. After trying the bottle, many babies have difficulty returning to breastfeeding. This can cause sores on the nipples, ineffective feedings, and rejection of the breast.

What is the finger-feeder system?

The finger-feeder system, also called the finger-syringe system, is a valuable strategy you can use when breastfeeding is difficult. It’s a system of feeding that is quick and efficient. It involves introducing the clean tip of your finger into the baby’s mouth so the baby starts to suck on the fingertip in an instinctive way.

At the same time, you also put the tip of a syringe in the corner of the baby’s mouth and start to administer milk gradually at the rhythm that the baby is suctioning the finger.

The fantastic thing about this method is the possibility to continue with breastfeeding. It helps you to defer the breastfeeding until it becomes possible again. As long as the mother continues to pump milk, her production will not stop. The baby can still have the benefits of breast milk even though they cannot physically breastfeed at the time.

The finger-syringe system is better than the bottle because it stimulates and reinforces the natural suckling reflex of the baby and it helps them to develop their oral feeding skills.

In this way, we avoid the nipple confusion discussed earlier because now the tongue still moves around the finger in the same way they do when they breastfeed. This is a great option for children who have already had the bottle so they can breastfeed again because it’s authentic physiotherapy for suctioning.

It’s a technique that is especially useful for premature babies or those who are only in their first weeks of life. It doesn’t matter if they’re not very alert when feeding because it’s just stimulating the natural reflex to suckle.

How to perform the finger-feeder method

The main thing to keep in mind is that you’re going to use both hands. Therefore, another person should hold the baby or you can rest the baby on an inclined surface, like a hammock, or cradle them in your own lap. For this, you should sit with your feet elevated and rest the baby on your lap so you’re face-to-face.

You should introduce a clean finger into the baby’s mouth. Then apply a little pressure downwards on their lower gums so you open the lower jaw. Make sure not to put your finger in any deeper than the first third of their tongue.

With the other hand, you should rest the tip of the syringe on their lower lip and start to administer the milk from the syringe at the same rhythm the baby is suckling.

Make sure to respect when the baby takes a pause. If they’re alert, try to make visual contact with the baby while you’re giving them milk from the syringe. 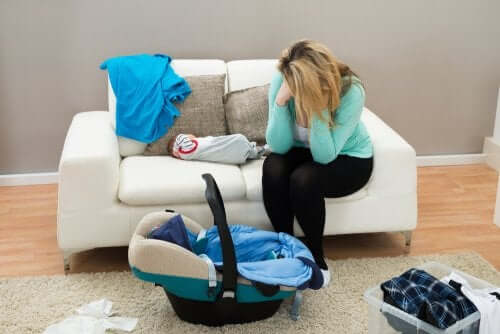 Maternity Blues and Postpartum Depression
Maternity blues is a state of sadness that manifests during the postpartum period. If it lasts for more than 10 days, you should seek professional help. Read more »
Interesting Articles

The process of breastfeeding a child shouldn’t be a troublesome thing. The best thing is for mothers to take it as something natural and to disregard those bad breastfeeding tips that only sow doubts in this precious moment. With that…

Sore nipples during breastfeeding are one of the most common reasons that lead women to abandon exclusive breastfeeding. In turn,…

There’s no doubt that breastmilk is the best food for your baby. However, it’s a process that, although natural, produces… 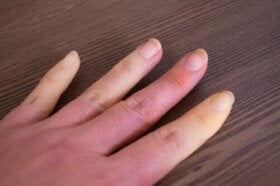 Breastfeeding and baby formula
What is Raynaud’s Syndrome?

Raynaud’s syndrome is a vascular disease that produces a transient lack of oxygenation of the most distant tissues of the body. One of the areas that can be attacked by this phenomenon is the nipple, which causes severe pain during… 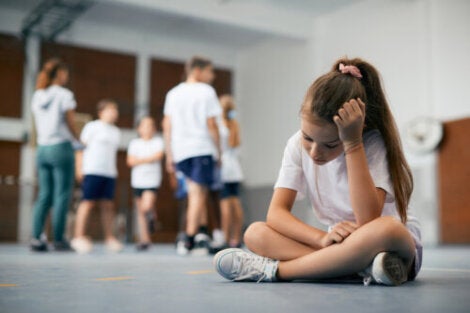 What should you know?
The 6 Consequences of Lack of Free Time for Children

It may seem like an excellent idea for children to spend the whole day entertained, going from one activity to… 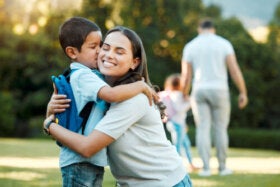 School is an environment where children develop cognitive, emotional, and social skills. There, they get to know more about the world and themselves. They also make friends and learn how to behave in an environment that’s different from their home… 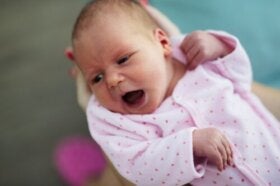 Feeding your baby
How to Tell if My Baby’s Hungry

During the early stages of life, it’s essential to ensure proper nutrition. Development is at stake and essential nutrient requirements must be met to ensure optimal growth. This’s why we’re going to give you the keys to know when your… 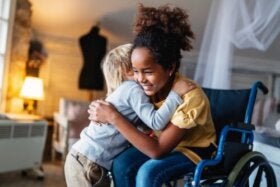