Home » Babies » Feeding your baby » Breastfeeding and baby formula » Formula Milk for Infants Six Months and Older: Is It Necessary?

Formula Milk for Infants Six Months and Older: Is It Necessary?

Formula milk isn't always a suitable product for babies older than 6 months. In the following article, we'll tell you why. 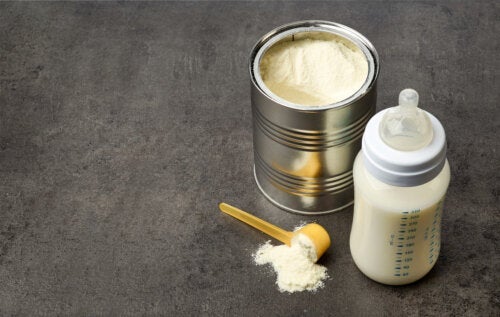 Formula milk is a product that’s sometimes offered to infants over 6 months of age as a substitute for breast milk. However, it’s not really necessary and the best alternative is to prolong breastfeeding until the first year of life. This not only ensures the supply of bioactive nutrients, but also of probiotics and natural antibodies. Undoubtedly, all these elements optimize the development of the little ones.

Before starting, it’s worth mentioning that during the first 6 months of life, breast milk should be the exclusive food. If you don’t have your own milk, you can resort to milk banks and, as a last resort, opt for milk formulas for babies. Of course, it’s essential to carefully read the labeling of these products to avoid those that have added sugars.

Having said all this, we’re going to tell you what you should know about formula milk. Be sure to keep reading!

The nutritional value of formula milk

So far, mother’s milk hasn’t been equaled by any commercial food and its differences from milk formulas are numerous.

Breast milk usually has an adequate amount of protein, about 0.9 grams per 100 milliliters of food. This nutrient is optimally assimilated and manages to meet the nutritional requirements of the baby. This contributes to adequate growth and development, as evidenced by a study published in the journal Early Human Development.

Cow’s milk, on the other hand, has a higher protein content, about 3.3 grams per 100 milliliters. Formula milk is made from cow’s milk, and although this concentration is slightly adjusted, it generally exceeds the protein supply of mother’s milk. However, it’s believed that not all of them are completely assimilated, as is the case with mother’s milk.

When we talk about the lipids provided by the different milks, things change. The presence of omega 3 in formula milk is usually limited, with the exception of formulas specially supplemented with this nutrient.

You should know that this type of fat favors brain and central nervous system development, according to research published in the journal Nutrition Reviews. For this reason, it’s always worth taking them into account when choosing the product on the shelf.

The disadvantages of formula milk

The main disadvantage of formula milk is that it has an excessive protein content that can’t be assimilated by babies. After 6 months, most infants can start complementary feeding, so it’s not necessary to emphasize the presence of these nutrients in their diet. A variable diet and continued breastfeeding would be sufficient.

At the same time, as mentioned above, the quality of formula milk isn’t always good. Sometimes it contains simple carbohydrates or low-quality lipids. The ratio of omega 6 / omega 3 fatty acids is usually not optimal, which conditions the state of inflammation in the internal environment.

In addition, this food isn’t able to provide probiotics or bioactive substances capable of reducing the risk of developing infections, allergies, or food intolerances. Not only does it fail to produce a clear benefit for the microbiota, but it could also jeopardize the diversity of microorganisms that live in the tube.

What to do to achieve good growth in babies?

According to the above, the best alternative to maintain optimal growth and development in little ones is to combine breastfeeding with complementary feeding, from 6 to 12 months (at least).

From the first year onwards, efforts should focus on providing a varied and balanced diet. In this regard, it’s possible to improve the repertoire of foods in order to obtain an optimal nutritional intake, in the event of wanting to abandon breastfeeding. Even after 12 months of age, babies who don’t have intolerances can incorporate whole dairy products, such as cow’s milk.

As you’ve seen, it’s not necessary to introduce formula milk for babies 6 months of age or older. This product is usually of poor nutritional quality and it will always be better to opt for breastfeeding or even for starter formulas.

There are many industrial interests in the manufacture of these formulas, but they don’t really have an adequate or essential profile.

Finally, keep in mind that the inclusion of certain supplements in the baby’s diet can bring benefits in the future. For example, the contribution of omega-3 fatty acids or vitamin D in certain formulas. These elements promote the development of the central nervous system and contribute to modulating the inflammatory state in the internal environment. 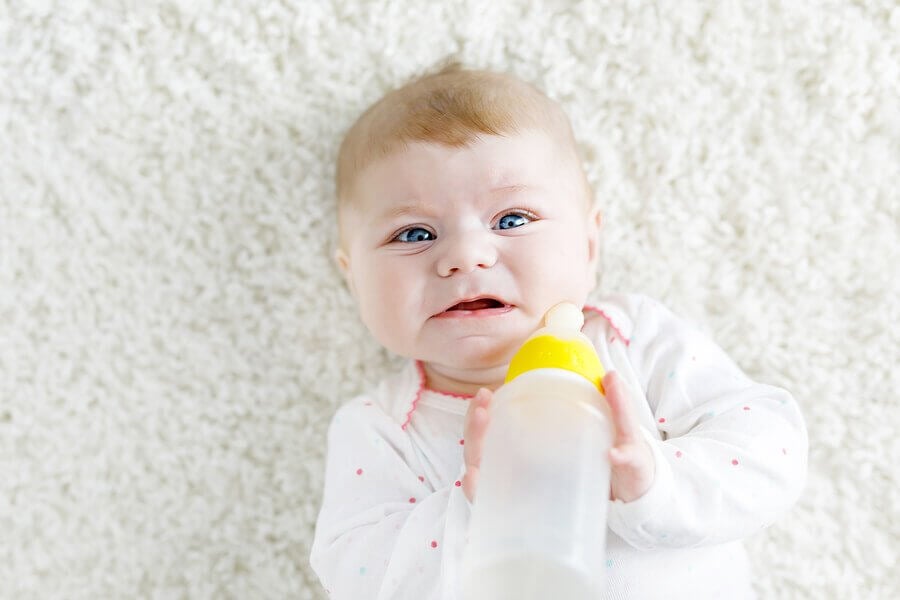 What to Do If Your Baby Doesn’t Want to Take a Bottle
Trying to get babies to accept changes to their routine as quickly as possible can be challenging. Keep reading for tips to get your baby to take a bottle. Read more »
Interesting Articles 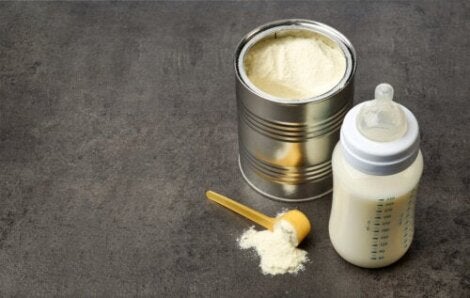