The Use of Probiotics in Children

The use of probiotics in children is increasing nowadays. What are they used for? Do they work? Are they safe? In this article, you’ll get to know them better. 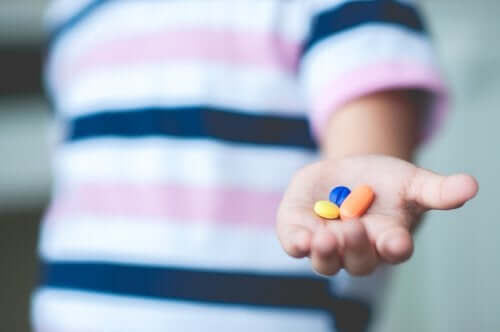 The use of probiotics in children is increasing nowadays. People often hear about them, but what exactly are they? They’re live microorganisms that have a beneficial effect on health when ingested in adequate amounts.

The main characteristics that probiotics must meet are:

The most-used probiotics are:

The benefits of each probiotic depend on the concrete strain used and the dose. This means that each must be individually studied. Therefore, the benefits of one can’t be extrapolated to others.

Difference between prebiotics and probiotics

As people often confuse these terms, we believe it’s important to differentiate them. As we mentioned above, a probiotic is a living microorganism that exerts a beneficial effect on health. However, prebiotics aren’t live microorganisms.

Instead, they’re dietary substances that nourish certain microorganisms that live in your gut. Thus, they favor the growth of beneficial bacteria over harmful bacteria.

Therefore, prebiotics have an indirect beneficial health role. They cause specific changes in gut flora composition or activity. For example, breast milk contains a lot of prebiotics (oligosaccharides).

Some products contain both probiotics and prebiotics. They’re called symbionts. Ultimately, they’re nutritional supplements that combine bacteria and sugars to obtain the beneficial effects of both.

Why are probiotics used in children?

Experts recommend the use of probiotics in children for these common conditions:

Probiotics have proven effective in the treatment of acute viral gastroenteritis in children. If a patient has acute viral diarrhea, experts recommend probiotics as an adjuvant treatment to rehydration solutions.

Another case in which probiotics prove particularly effective is in the prevention of antibiotic-associated diarrhea (only prevention, not treatment).

Often, when parents go to pharmacies to buy antibiotics for their children, pharmacists recommend them to also buy a probiotic. And this isn’t just a marketing tool, as there’s strong evidence of their effectiveness.

As an example, one of the most analyzed cases is that of baby colic. Experts have studied it because probiotics can play an important role in its treatment. The most studied probiotic, in this case, is Lactobacillus reuteri.

Studies show a reduction in the average daily crying times in 65 minutes/day compared to the placebo. Experts observed this in a group of breastfed infants after 21 days of treatment.

Side effects of the use of probiotics in children

Currently, medical professionals consider the use of probiotics in children safe. In fact, there’s a small number of reported complications in the general population, not only in children.

The risk of developing bacteremia due to ingested lactobacilli is less than one per one million consumers. And, when it occurs, it’s because there are associated risk factors. For example, immunosuppression.

Groups that are more at risk of suffering side effects during probiotic treatment are critically ill or highly immunocompromised patients. These groups should exercise caution if they decide to use probiotics.

However, besides these exceptions, the use of probiotics is completely safe. Thus, you shouldn’t worry nor be scared. The strains available on the market were highly studied and pose no problems at the indicated doses.

However, possible food allergies should be considered. This is the case of an allergy to proteins in cow’s milk and eggs, for example. In these cases, the use of probiotics should be limited to products that don’t contain food allergens, as indicated on the label.

How Do Probiotics Help Children and Pregnant Women?
Read more »
Link copied!
Interesting Articles
Tips for raising your child
Safety Rules for Going to the Beach with Children