The Role of Jasmine in the New Aladdin Movie

Even Disney movies and characters have evolved. In this article, we'll talk about Jasmine’s role in the new Aladdin movie. 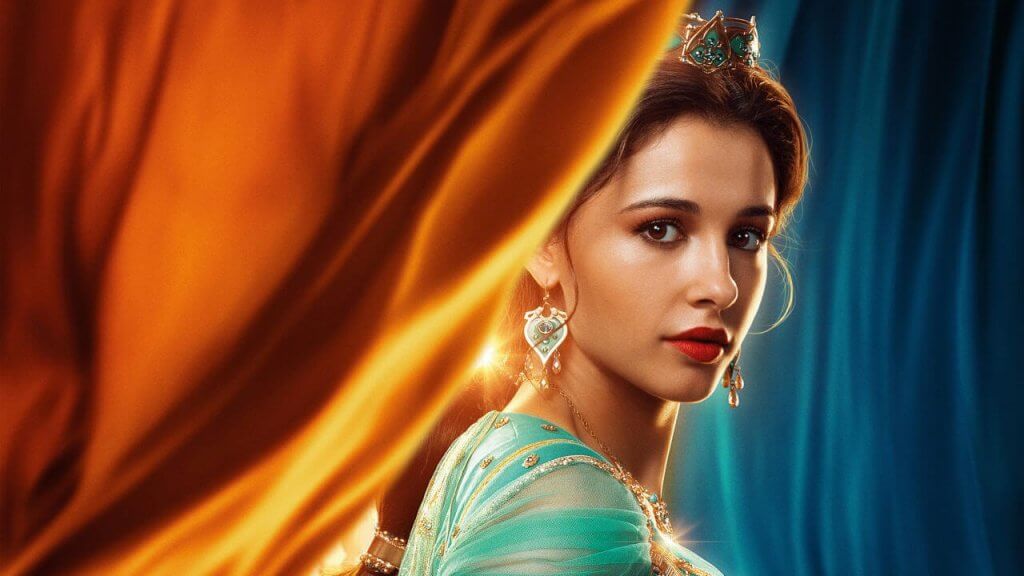 Last May, the remake of one of the best-known Disney films, Aladdin, premiered. The film, starring Aladdin and Jasmine, follows pretty much the same pattern as the classic story that premiered 27 years ago, in 1992.

However, a major difference between the two films, if not the biggest, is Jasmine’s role in it. Disney producers know that the times have changed, meaning that the characters have to evolve as well. Today, we’ll talk about the changes this character undergoes in this movie.

Yes, Jasmine evolved in this remake and was given more importance than in the 1992 classic. But Jasmine has never been a conventional princess, such as Cinderella or Snow White, for example.

Does anyone remember Jasmine dressed in big ball gowns? The correct answer is no, because this princess always been known for her beautiful blue trouser suit. While this may seem unimportant, the way princesses dress says a lot about them.

Another aspect that makes her an unconventional princess is that, whenever she could, she escaped to visit the city, as it was forbidden to leave the palace. Breaking the rules isn’t one of the things that characterize classic Disney princesses.

Last but not least, we need to talk about the figure of animals in these children’s films. While Cinderella has mice or small bird “friends” or, in the case of Rapunzel, a lizard friend, Jasmine’s best friend and faithful companion is a Bengal tiger.

All these characteristics make it clear that this Disney princess is different from the rest.

Jasmine in this 2019 remake

All these differences manifest in the new Aladdin remake. In this new movie, Jasmine’s goal, despite the fact that the law states that women can’t be sultans, is to become the sultan when her father decides to step down.

In the movie, we see how Jasmine’s father tries to present several princes to marry so the one she chooses ultimately becomes the sultan. However, Jasmine is completely against the idea of marrying due to obligation and not out of love.

With this idea, she shows that despite the fact that she’s a princess, her freedom is above everything else, and that she doesn’t need a prince to reign.

“Speechless” – the new song included in the remake

Such is the importance that Disney wanted to give this character in the movie that they decided to include a new song sung entirely by Jasmine, whose title hits you even before you hear it: “Speechless”.

With phrases such as “I won’t be silenced” and “You can’t keep me quiet”, Disney makes it clear that the personalities of these new 21st-century princesses are totally different from previous classics.

Therefore, the Aladdin remake maintains the essence of the wonderful 1992 classic but was adapted to the beliefs and attitudes of today, vindicating the importance of the figure of women and breaking stereotypes.

7 Disney Movies to See in 2019
From feline kings to ice yielding queens... From defenders of the earth to defenders of the galaxy, 2019 is packed with Disney movies for every crowd. Read more »
Link copied!
Interesting Articles
Plans with family
10 Christmas Movies for Children

Plans with family
5 Crafts to Celebrate the Arrival of Spring

Plans with family
Traditional Games to Enjoy During the Summer

Summer is the season of the year where children enjoy the outdoors a lot more. However, we’re increasingly seeing children…