Books About Women that Break Stereotypes

Equality between women and men reaches children's literature in these amazing books about women. Discover them here! 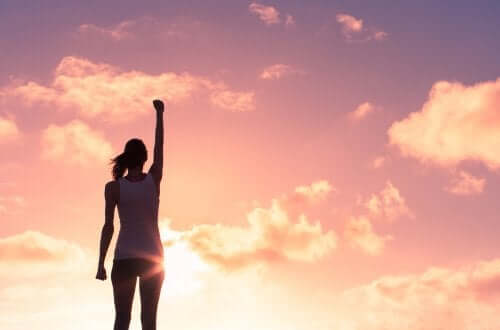 In this article, we’ll share some of the most relevant books about women that will help parents instill equality in their children. Remember that respect is learned since childhood!

The figure of women in fairy tales and children’s literature has generally always been associated with princesses who needed a man to rescue them. These characters were represented as lacking in strength or always relying on other people who were around them.

Today, equality between men and women is a very popular topic. This is true both in education and other sectors and seeks to make the gender gap disappear.

Books about women to break stereotypes

1. The Girls Are Warriors by Irene Cívico and Sergio Parra Castillo

The first of our books about women has an amazing title. It tells 26 different stories of 26 women who, throughout history, changed the way people see the world in their respective fields. A journey through history, from old figures such as Coco Chanel and Audrey Hepburn, to the most current, such as singer Lady Gaga.

2. Science Is a Girl’s Thing by Irene Cívico and Sergio Parra Castillo

The same authors and the same illustrator decided to also represent women from a scientific standpoint. As such, this book breaks the stereotype that science isn’t for women.

Following the same pattern as the previous title, your children will discover 25 women scientists who played a role in different studies or discoveries.

Undoubtedly, both books about women are excellent options to show the world, and specifically children, equality between men and women.

This book about women, recommended for children aged five and up, is currently a best seller. The stories of the 100 women that appear in the first book we mentioned in this article fall short. This is because the second part was published soon after with another 100 different women!

Children will see through the pages of this book that women don’t dream of being princesses, but athletes, scientists, painters, or any other profession they choose instead.

4. Rosa Caramel by Adela Turín, one of the oldest books about women

This is a totally different children’s book from the others we mentioned, both due to its publication date, which dates back to the 70s, as well as how it represents the gender gap that exists. However, despite the differences, this book defends the same value: equality between men and women.

If you give it a second thought, it’s really sad that the little elephant of this story continues to be relevant 50 years later, as this means that the differences the book represents still exist. Adela Turín, the author of this magnificent book, wanted to highlight the inequality in terms of way of dressing, behaviors, or games.

One of the best collections of children’s books about women, recommended for children four and up, tells the stories of remarkable women such as Marie Curie or Frida Kahlo.

A wonderful collection that allows children to discover women who changed the world. They can even choose their favorite among them!

6. Daniela the Pirate by Susanna Isern

Not only men can be pirates. If you don’t believe this, then discover the story of Daniela. She’s a girl who fights to make sure that her crew (all men) allows her on the ship.

A story recommended for children aged four and up. It has a double standard that aims to show girls that they can be whatever they want to be. It also teaches equality between boys and girls.

7. Even Princesses Fart by Ilan Brenman

As we mentioned at the beginning of this article, a lot of people believe that all girls dream of being princesses.

The book Even Princesses Fart wants to debunk this belief, showing through its protagonist that princesses are completely normal people, just like anyone else.

The Best Pop-Up Books for Children
Whether it's a story, an atlas, or an encyclopedia, pop-up books are especially attractive and fun for children to read and interact with. Read more »
Link copied!
Interesting Articles
Children's stories
Children's Books About Christmas Magic