"Toy Story 4" Shows Us that Disney Is Evolving

"To infinity and beyond" and "You've got a friend in me" are legendary phrases from the "Toy Story" film saga, which made its return to the big screen in June of this year with "Toy Story 4." 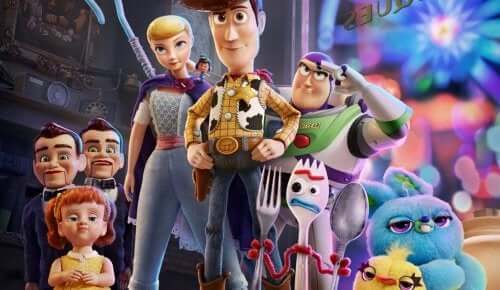 Toy Story 4 has been a blockbuster hit since its release. Millions have already taken to theaters around the world to discover the latest adventures of Woody, Buzz and their friends.

Twenty-four years have gone by since the release of the first Toy Story film in 1995. However, Woody, Buzz and their troupe of toys continue to entertain audiences almost two-and-a-half decades later.

But you may not have noticed that some things have changed. Continue reading to find out more.

The level of detail on the screen

As we mentioned above, 24 years went by between the release of the original film and its fourth instalment. Without a doubt, one of the aspects that social media users point out most is the level of detail you can appreciate in Toy Story 4.

The animation details in this film haven’t gone unnoticed. For example, just look at the fuzziness of the pipe cleaner arms of the movie’s new character, Forky.

And do you remember Woody’s beloved porcelain shepherdess from the first film? The details of Bo Beep’s lacy outfit in the new film are worthy of admiration. In fact, it looks as if they were actually made by hand.

The intensity of the colors and the incredible animation sequences in this movie will blow your mind. If you’ve been following the Toy Story saga from the beginning, then you’ll truly appreciate how the animation has evolved in order to create the cast of toys.

The internal and emotional dialogues in Toy Story 4

While the Toy Story saga is well known for the sensitivity and emotions that it produces, the fourth film is no doubt the most emotional.

Even though the film is directed towards a young audience, the deep dialogues that take place touch the millenials and adults that grew up with these toys. After all, who never went back to their bedroom to check if their toys were gathered just like Woody and his pals?

The goodbyes, the friendship and the love that come together in this film will touch you as much as they entertain you.

Other essential details of the film

One of the biggest issues we read and hear about on the news and in social media today is the issue of social inclusion.

And one of the aspects of social inclusion is the acceptance of people with some sort of disability. And this is something that Disney has already sought to do in films prior to Toy Story 4.

During Bonnie’s first day of school, we see that among her classmates, there is a boy with a hearing disability. The filmmakers made a point of placing the boy in the foreground of the movie… We discover his disability because we can observe his cochlear implant.

References to other Disney films

Inspiring feelings and emotions is one of the objectives that these films have when it comes to older viewers. For that reason, while watching Toy Story 4, experienced Disney fans will notice these references to older Disney films:

The evolution of Disney that’s evident in Toy Story 4 goes far beyond the details in its animation. Disney also takes an important step by breaking down stereotypes and promoting gender equality.

In the first Toy Story film we see Bo Peep wearing a frilly and ostentatious polka dot dress. However, her look is completely different when she makes her comeback in the latest film. Here, we see her wearing a light-blue pantsuit and, what’s more, she’s now donning a cape as well.

The original dress didn’t allow Bo Peep to show that she was much more than a doll decorating a lamp. Now we come to know her as a fighter, defender, and the brain behind the adventures in part 4 of the Toy Story film series.

And her strong personality is what makes her one of the main characters of the movie. The sweet shepherdess has become a heroic warrior whose importance is more relevant than ever.

7 Disney Movies to See in 2019
From feline kings to ice yielding queens... From defenders of the earth to defenders of the galaxy, 2019 is packed with Disney movies for every crowd. Read more »
Link copied!
Interesting Articles
FIlms and series
The Best Disney Pixar Sequels to Watch as a Family