The Advantages of Choosing Short Names for Children

Choosing a name for your future baby is an exciting task. You're sure to have a thousand options to consider. That's why we want to present the advantages of choosing short names for your children. 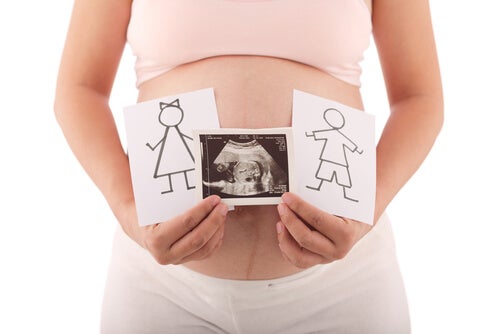 These days, many parents are opting for shorter names for their children. This isn’t a passing craze.

While our grandparents often have two or even three long names, today parents look to be more practical.

People with longer names often choose abbreviations. Some celebrities, such as actors, have even chosen to shorten their names permanently.

So now two questions remain: What’s the origin of this phenomenon and what are the advantages to giving my child a shorter name?

Why do parents abbreviate longer names or choose shorter ones?

There are various reasons behind this.

In the media, whether it be fashion, sports, culture, television or news, the names of public figures are often abbreviated. This makes the name more pleasing in editorial accounts.

The use of hypocorisms, or pet names, creates a sense of closeness or familiarity with the figure that the media mentions.

Without a doubt, the names Kim and Brad have a more penetrating effect on our minds than the names Kimberly Kardashian or Bradley Pitt.

The same thing happens with sports. When sportscasters describe the events that are occurring, it’s imperative that they be concise.

Referring to the players with one short word, such as a nickname, first name, or last name, is much more effective.

For example, very few people even know who Edson Arantes do Nascimento is. But if you mention him by his nickname, Pelé, almost anyone can tell you he’s a world-famous Brazilian soccer player.

Globalization in the modern world has led us to unify tastes in regards to just about everything… Clothes, events, aesthetics and, of course, the use of language.

As English is the universal language of communication, anglicisms appear among other languages around the world. And with these bits and pieces of the English language also appears a taste for American pop culture.

The English language is a practical language full of linguistic nuances. It should be of no surprise that longer names of people tend to be shortened.

Choosing short names for our children isn’t just a national phenomenon, but a global one.

Practicality can be considered a main factor when it comes to choosing a name for your future child.

So, is there any advantage for your child if you give him or her a shorter name?

This question is difficult to understand because it will depend on various factors. For example, the type of name you choose and the language of the country where you live.

In any case, we can consider the following advantages:

Below is a list of some short names for boys and girls that are adjustable to various languages.

So now you have some ideas for short names for your baby and the reason behind their popularity.

Let your imagination fly and enjoy the beautiful task of choosing a name for your future child.