What Is the Apgar Test and Why Is it So Important? 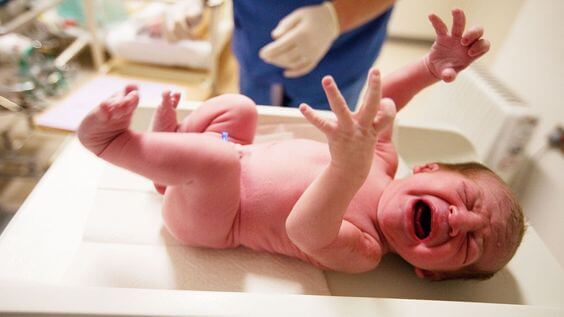 When she is giving birth, the only thing a mother wants is to be able to have her child in her arms. After 9 months of waiting and suspense, the first thing you ask the doctors is if the baby is healthy. To eliminate possible concerns, minutes after childbirth, the newborn is usually examined and subjected to the so-called Apgar test.

The medical staff carries out this thorough evaluation in which a series of assessments are made to rule out possible health problems in the newborn.

This checkup is completely routine and normal: it does not cause any problems for the baby, and it is performed the same way for every baby.

What is the Apgar test?

The first ten minutes of the baby’s life are critical. Therefore, physicians immediately perform the Apgar test, a quick examination of the newborn’s state of health.

It is usually carried out right after childbirth, then again after five minutes, and sometimes again after ten minutes. The process evaluates five criteria, in which each factor is scored from 0 to 2, and they are all added up to create the overall score.

The initial Apgar test is used to find out how the baby has tolerated the birthing process. The second test, on the other hand, shows how the baby has adapted to life outside of the uterus. The last is considered the most significant.

The examination is a fundamental tool in the field of neonatology.

This test is primarily used to determine, quickly and in a non-invasive way, if the newborn needs respiratory aid, has heart problems, or  has neurological sequelae.

If the baby scores between 7 and 10, it means the baby has successfully gone through the adaptation process. If the results are between 5 and 7, the child has suffered from oxygen deficiency during childbirth. In that case, a source of oxygen should be applied.

Very few babies score less than 5. Usually, this only occurs with premature or emergency cesarean-births. There is also a risk that they have experienced difficulties in childbirth, or the possibility of breathing or cardiac problems.

Criteria That Are Assessed

During each Apgar test, the pediatrician scores a number of criteria. Each one is given a score between 0 and 2.

The final score provides a first insight into the health of the newborn, and which aspects should be paid special attention to in order for them to lead a healthy life or, a life with the fewest health difficulties possible.