Do You Know the 5 Parts of the APGAR Test?

Thanks to the APGAR test, doctors have saved millions of babies at birth. This test is based on 5 criteria to assess babies' health in the first few minutes after delivery. 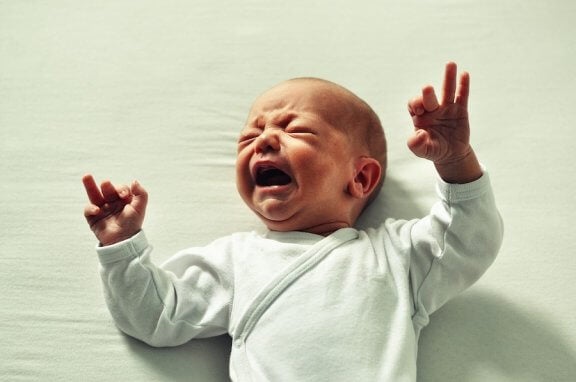 The APGAR test was named after the pediatrician who developed it in the ’50s. It also serves as a mnemonic device for obstetricians, since each letter is a test that doctors must perform on newborns.

Do you want to find out more about the APGAR test?

The APGAR test: What is it?

Developed in 1953 by an American pediatrician named Virginia Apgar, it’s a clinical examination that doctors perform on babies after delivery. This test involves the pediatrician, registered nurses, neonatologists, and midwives.

Through 5 basic tests, specialists analyze and evaluate the state of babies’ health.

Each of these parts has a score of 0, 1 and 2. The maximum result is 10, which means that the child is in perfect health. Therefore, anything below that number will require an additional test for the part that didn’t have a good score.

The APGAR test is performed within the first few minutes of life. It assesses how well the baby is dealing with birth and if he’s likely to suffer.

Each part of the test takes about a minute. Then, after 5 minutes, you know the general state of the baby.

Additionally, it significantly reduces the mortality rate, and the ability to predict health problems. If there are issues, the specialists can start early treatments.

Criteria for evaluating the APGAR test

Doctors use a mnemonic rule to remember the five tests they need to perform on newborn babies. Then, they use each letter of the doctor’s name who invented it. It stands for Appearance, Pulse, Grimace, Activity, and Respiration.

The first test evaluates the color of the baby’s skin. If it’s normal, add 2 points. If he has blue lips, add 1; and if it’s completely blue, 0 points.

The third exam is grimace, which doctors test through the reflexes and irritability the baby shows with certain stimuli.

If he sneezes, kicks or coughs as a reaction, add 2 points. However, if he makes a weak grimace or cry, add 1 point; and if he doesn’t react, then 0 points.

The fourth test has to do with activity and muscle tone when stimulated. If he actively moves, add 2 points. If he moves a little, add 1; and if he doesn’t move at all, add 0.

Finally, the fifth part is breathing. For babies who are breathing strong, add 2 points. If the baby is weak or irregular, add 1. However, if he or she isn’t breathing, add 0.

For babies between 1 and 3 points, they need emergency care, like assisted breathing or IV medications. If they receive a 0, they’ll most likely determine death.

A test that reduces mortality rate

The APGAR test has been used for over 50 years. It has significantly reduced the mortality rate in newborns. In fact, immediate evaluation is the best way to treat or prevent certain conditions.

Therefore, within just five minutes, they can save lives, especially for urgent births, premature babies, or complicated deliveries.

It’s also important to keep in mind that this test isn’t designed to prevent future problems for babies’ health. On the contrary, it determines their situation when they’re born.

How to Test If Your Baby Hears Well
In order to know if your baby hears well, there are several simple hearing tests you can perform. You can try these out at any age. Discover more. Read more »
Link copied!
Interesting Articles
Babies
Lack of Hygiene in Adolescents: What to Do?