Babies Develop a Sense of Humor from Their Parents 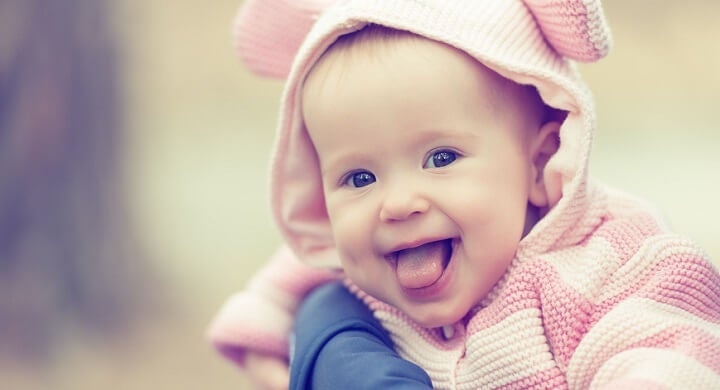 Our sense of humor is something that we learn from our parents. Starting in our first months of life, we learn by copying everything from our parents and observing their reactions to different types of situations.

This process begins at 6 months of age, when babies are aware of all of their parents’ emotional reactions, even laughing.

If a 6-month-old child’s parent shows indifference in response to an event, the child will likely do the same. Instead, if parents laugh at something that happens, babies will be excited and will repeat the same behavior.

A study published by a team of experts in the British Psychological Society (BPS) found that a baby is not yet able to decide whether something is amusing or not at 6 months old. Therefore they look for their parents’ reaction, and copy the most interesting ones.

The Development of a Sense of Humor

To develop this trial, the team of experts, including Gina Mireault from Johnson State College and John Sparrow from the University of New Hampshire, chose babies between 6 and 12 months old.

All of the children participated in the study with their parents; the researchers showed them interesting and silly scenes which would provoke laughter in the parents.

The babies watched the comical scenes without reacting, and when they heard and saw their parents laughing, they immediately turned around to look at them and watched their faces.

When they understood that their parents were laughing, the babies also started to laugh.

This is how their sense of humor develops, according to the researchers. Babies who are between 6 and 12 months old looked for their parents’ reaction. This is called “social reference.”

The doctors discovered that at 6 months, in a way, babies’ reactions depend on the reactions that their parents display, especially when they laugh. This was not the case when the parents were expressionless.

Babies who were over a year old had already manifested their own sense of humor which determined what they found funny and what they did not.

These children no longer sought their parents as a reference. They watched the funny scenes attentively and began to laugh on their own.

The researchers concluded that a sense of humor is not inherited, but learned. This means that laughing babies are not born that way. The same can be said for babies who seem to have a bad temper.

In fact parents have a lot to do with all of this because they are their child’s references when it comes to expressing emotions.

Laughter Is Important for Your Child’s Growth

Sense of humor seems like it would be a frivolous topic to many, but it is not. On the contrary it is a very interesting and serious vehicle to understanding infants’ development, and in this case, understanding social references.

According to the study’s authors, parents become a source of emotional information for babies and are an extraordinary tool for understanding children’s emotional and social development.

A couple of questions arise from all of this information: How are siblings so different then? How can one sibling have a great sense of humor and the other be so serious all day?

According to experts, the answer is that a good sense of humor is not inherited, but learned. However, temperament is innate and this limits our ability to develop what has been learned, depending on other factors such as personality, self-esteem or character.

Doctors claim there are many benefits to living life with a good sense of humor, such as helping to attract positive situations and people. It also helps children develop empathy, allowing them to relate better with other children

A good sense of humor and laughter also help increase a child’s confidence. They also promote intelligence and help them to overcome adverse situations more quickly.

So don’t forget to always have a good sense of humor in front of your child so that they can copy the best of you. Remember, you are their emotional guide during their first months of life.