Buddhism is the fourth largest religion in the world in terms of the number of supporters, with approximately 50 million followers around the world. For this reason, it isn't uncommon to come across Buddhist names for boys and girls. 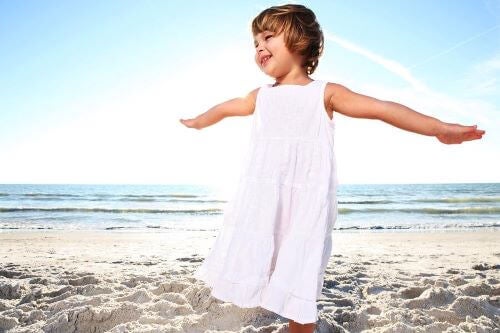 Buddhism is a philosophical doctrine comprised of a series of traditions and spiritual practices that first developed around the 6th century BCE in India. It spread widely throughout all of Asia centuries ago.

Additionally, it’s evident nowadays with globalization and the increasing interest to know more about the culture of India, Buddhism has also spread to the West. It is, therefore, no surprise that many parents choose Buddhist names for their daughters like the ones listed below.

One of Buddhism’s most popular precepts, which partially explains why the religion has enjoyed such great diffusion, is that it promulgates never entering into conflict with other religions as an ideal.

On the contrary, Buddhism actively promotes an interchange of influences. Likewise, it also professes that we should teach and practice tolerance. It emphasizes union and the understanding of our differences as a result.

There are as many as 50 million supporters of Buddhism at the global level today. That translates into close to 7% of the world’s population. And this, additionally, is without counting the growing number of believers who follow Buddhism in Western countries.

Without further ado, we’ll review the Buddist names that are most common for girls all over the world. Clearly, you’ll love them!

Siddharta Gautama was responsible for the philosophical and spiritual teachings that led to the founding of Buddhism. Also known as Buddha, he professed about different pathways to liberation and self-awareness.

For this reason, the majority of the Buddhist names for girls make reference to Sanskrit words. Importantly, supporters tie the terms used as names to the principles and truths that govern this doctrine.

The list of Buddhist names below not only represents the most commonly used names worldwide, but these names also have appeal because they make reference to intriguingly positive concepts about wisdom, energy, and life.

Consequently, they will give your daughter a very special aura.

This Buddhist name makes an allusion to the vegetation of India. It’s tied to one of the most important flowers of the region: the lotus flower.

This name refers to one of the eight steps on the Buddhist ascension to Nirvana: wisdom or insight.

3. Karma, cause and effect

Parents have used this name for both girls and boys. It refers to the law of cause and effect. It’s the seed that sows the many blessings and the many lessons that should be gathered in life.

This Sanskrit word is also directly related to Karma. In this case, Dharma alludes to the laws and decrees of the cosmic order and conforming to them. It’s a denominative associated with being upright and forthcoming and doing good work.

This word makes allusion to the maximum state of balance and wellbeing that can be achieved by an individual. Consequently, arriving at Nirvana produces total renovation and an absolute freedom from suffering.

6. Prana: another option from Buddhism

This represents vital energy and is the name of one of the five different kinds of breath or “winds” in Buddhist thinking.

This Sanskrit and Buddhist word represents success and the complete fulfilment of life. Furthermore, it’s tied to all the supernatural powers. Siddhi is an ideal name for ambitious and courageous people for instance.

It represents the virtue and courageousness to do what is correct in life. Additionally, followers associate this term with many of the most appreciated qualities in Buddhism, like energy, vitality, and virility.

Supporters associate the name Vishnu with protection, cohesion, harmony, and the divine. Moreover, they also say that this word is tied to the dream world and an important quality called “Sattva,” which means purity.

Shanti is one of the most popular names linked with Buddhism. It also represents one of the most beautiful mantras in yoga. Literally, to explain further, Shanti means “peace.” It refers to the peace that runs through the soul, the mind, and the body.

If you like music, you might not be able to resist this Buddhist name. Raga makes an allusion to the seven notes on the diatonic scale. Followers associate Raga with one’s mood and having a passion for every note above all.

Finally, Deva is the last example. Buddhist texts use the term Deva to refer to a benevolent god. The teachings say that Deva’s presence can only be appreciated – seen or heard – by people who are superior and who have opened their eyes to the divine, for instance.

In conclusion, as shown in the list above, Buddhist names for girls are related to the calm sense of solemness in this beautiful ancestral doctrine.

Additionally, if the Sanskrit words and names linked to Buddhism are to your liking, you can also consult Buddhist texts. You’ll find many beautiful examples of names that will perfectly suit your daughter.