Can a Three-Month-Old Baby Go Blind from Flash Photography 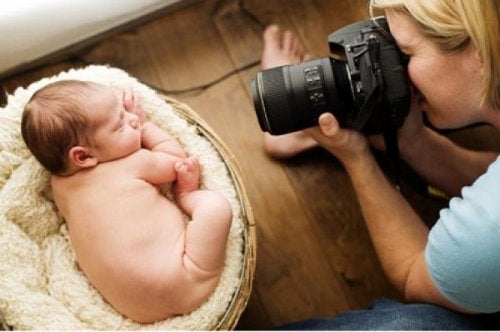 From the moment a baby is born, they are welcomed into a family that has many reasons to take a thousand photographs of them. There are also many visitors and friends of the family who want pictures of the baby by their side.

But when these pictures are taken, nobody checks to see if the flash on the camera is turned on or not. Honestly, what’s the worst that could happen? Would you be worried if you were told that flash from a camera can leave your baby blind?

Well, that is the news that a family in a Chinese town received when they took their child to the hospital for presenting sight problems after taking a picture with flash. Of course this news was brought to the world stage.

The news that was shared on various networks confirmed that a 3-month-old child had gone blind in one eye and was presenting serious difficulty seeing in the other. All of this because the family took a picture with flash.

It appears that the father tried to take a close-up picture of the baby with his cellphone. He forgot to turn off the flash. After taking the photo, the child began to cry and the parents decided to take him to the hospital. There they were given the sad diagnosis.

As a result the question arises: Can a baby go blind from a photo with flash?

The Daily Mail reported that when the parents went to the hospital, the doctors came to the conclusion that the strong light of the flash damaged the retina of the child. The retina is the part of the eye where light rays concentrate in order to form an image

Now, opposed to this theory are experts who affirm that flash emitted by various electronic machines doesn’t pose a risk to babies’ sight.

“Cellphone flash cannot have been the cause,” according to experts who have been closely following the case. They believe that the baby already had vision problems previous to the photograph. It simply manifested on the day of the photo.

Yahoo parenting decided to interview Dr. Alex Levin, chief pediatric ophthalmologist and ocular geneticist at the Wills Eye Hospital of Philadelphia. He had the following to say:

“If this story were true, there would be a ton of blind babies over here. We operate frequently on little babies with very bright lights over the most sensitive parts of the eye for at least 30 minutes. This has never caused blindness. The retina is made to last and it is very unlikely that this type of light would cause damage to it.”

As for the flash on cellphones: “Attributing this case of blindness to the picture taken is a mistake. There is no way that a cellphone could cause this kind of damage because flash diffuses light and for that reason it is harmless.”

It would be different if we were talking about a laser pointer, which concentrates light and can be harmful. As for the sun, it behaves in the same way; looking at it for an instant causes no harm.

However staring at the sun for a long period of time can be dangerous, and it is something a baby would never do. The light would bother their eyes and they would simply look away.

The light from flash is inoffensive

“The first year of life is a critical moment in the visual development of newborns. Any negative influence will prevent visual gains (however) flash is not harmful to a baby’s vision because its wavelength is not very strong. It is intermittent and children are not subjected to it constantly.”

Another ophthalmologist speaking at a profesional photographer forum had the following to say:

“Flash is not dangerous to the eyes of babyies. Flash generates an intensity of about 2000 lux.”

So don’t worry when you want to take pictures with your baby. Don’t panic if the flash is left on or off because it is ultimately harmless. The only thing you need to worry about is trying to capture the perfect moment with your child.