Children that Sit in the Inverted Tailor Pose 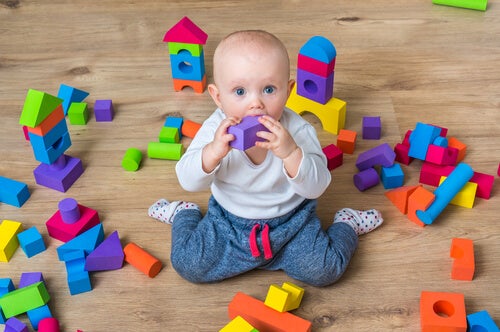 You may have never heard of the inverted tailor pose, but it’s actually quite common in children.

In the short term, this position isn’t harmful, however it’s better for parents to prevent it from becoming a habit.

It’s common for children to adopt the inverted tailor’s position while playing. The position is also known as sitting in a W.

Apparently it’s a comfortable and natural position for them to adopt. For adults, however, the position is quite difficult and can even be painful.

Children find it much easier to manipulate their toys while sitting in an inverted tailor pose.

Although this position appears to be harmless, if they maintain it for a prolonged period of time while watching television or playing on the floor, it can have consequences on the child’s muscular development.

In this article, we’ll share with you the side effects of the inverted tailor pose.

While in this position, the child’s buttocks are fully supported on the floor while their knees and legs are bent backwards forming a W; hence the name sitting in a W.

It’s very common for children to adopt this position when they’re going through a phase of strength and muscle control development.

Little ones choose this posture because it gives them a little more stability than other positions. The W formation gives the child a wider base which allows them to feel safe.

As a result of this posture, they’re able to sit upright without much effort. The inverted tailor pose also gives them the freedom to use their hands to manipulate their toys.

This position is very common in children who have a muscle tone deficiency. It allows them to sit up without requiring too much effort.

Specialists in the field of pediatrics and traumatology explain that this position is not attributed to any pathology. It’s simply a normal variant.

In many cases, children tend to adopt this position because they’re born with a preference towards femoral anteversion.

Femoral anteversion is when the femoral neck and hip face forward. That’s why they tend to move the lower part of their legs inwards.

Femoral anterversion is corrected progressively during childhood and it disappears between the age of 10 to 12. In girls it can take a little longer, extending towards the age of 14.

Consequences of the inverted tailor pose

This posture doesn’t pose any harm as long as the child doesn’t adopt it for a prolonged period of time. If they do, they could present the following issues:

Advice on how to prevent your child from adopting this posture

The best way to prevent your child from adopting this posture is to prevent them from making it a habit. In order to achieve this, put the following suggestions into practice:

The suggestions mentioned above form part of good postural habits that you should teach your child.

This requires patience and taking advantage of their stages of development in order to prevent future problems.

If you notice that your child is adopting the inverted tailor pose too frequently, consult your pediatrician so they can evaluate possible options.