Advantages and Disadvantages of Cloth Diapers 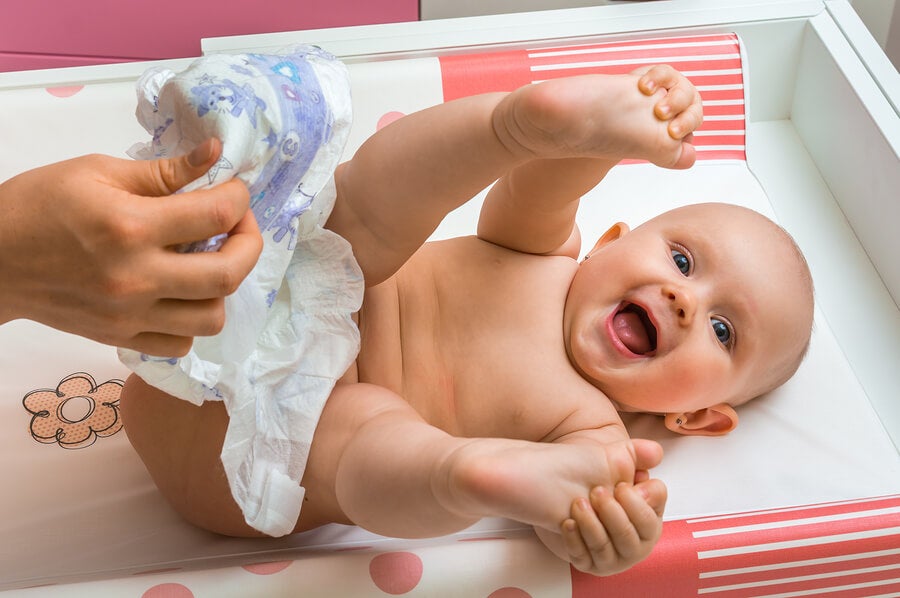 Disposable diapers have been the first choice for parents over the last few decades. However, there is another cheaper option that is more environmentally-friendly. We’re talking about cloth diapers, once used by our mothers and grandmothers, and redesigned for us in the 21st century.

Read on and discover all the different types of cloth diapers available, along with their advantages and disadvantages.

Regarding size, there is virtually no difference between cloth diapers and disposable diapers. Both types are classified according to the baby’s age and weight. However, we can also classify cloth diapers as follows:

All these models have one characteristic in common: they come with a protector, whose function is to prevent the dirt from being transferred to the clothes. These, like ordinary diapers, also come in various sizes and with different types of closures.

The first advantage is the most important one of all with regards to diapers: cost. Cloth diapers are more economical than disposable ones, whose price has risen considerably in the last few years.

Of course, you need to pay more at first to buy them. But since you can use them again and again, they end up being much cheaper in the long run. You’ll go from buying hundreds of disposable diapers to only about 30 or 40 cloth ones while your little one needs them.

In addition, these diapers are very useful to combat skin irritations in babies, especially in newborns. One reason for this is that they contain fewer chemicals. They also cause less chafing because they’re softer. And also, since they absorb less, they’re changed more frequently during the day.

There is also another advantage that isn’t directly related to the health of your child. We’ll be making a huge contribution to the well-being of the environment. Experts estimate that a baby can use more than two thousand kilos of non-degradable material in the form of diapers until achieving control of his or her bladder.

The main disadvantage of cloth diapers is that, logically, we have to wash them periodically. However, contrary to what you might think, just a little water and neutral soap will make them usable again. It isn’t necessary to use any sort of special detergent, especially not bleach.

But here we have a controversial topic. In a world where water is increasingly scarce, should we be using it to wash diapers? This question is being talked about more and more in the diaper debate.

What’s more, cloth diapers that don’t come with a good absorbent will leak moisture and waste. As a result, almost all the baby’s clothes will have to be changed, and he or she will probably have to be bathed.

“Cloth diapers require an investment at first, but because you can reuse them, they end up being more affordable in the long run”

Disposable diapers are very practical and more absorbent than cloth diapers. So even though they’re expensive, it’s also true that they stay dry longer.

Disposable diapers’ main failure has to do with their effect on the environment, as we mentioned earlier. This is clear both from their manufacturing process, in which many natural resources are consumed, and for their disposal afterwards.

It’s currently impossible to recycle them, although methods are being developed to do so, and their degradation is extremely slow.

In short, it all comes down to a question of preferences, personal circumstances and cost. Each parent will evaluate and choose the option that he or she considers best.

With cloth diapers we can certainly save money and look after the environment. But, at the same time, we’ll have to give more time and effort in keeping the diapers clean, and changing our baby more frequently.