Could C-Sections Be Detrimental to Health? 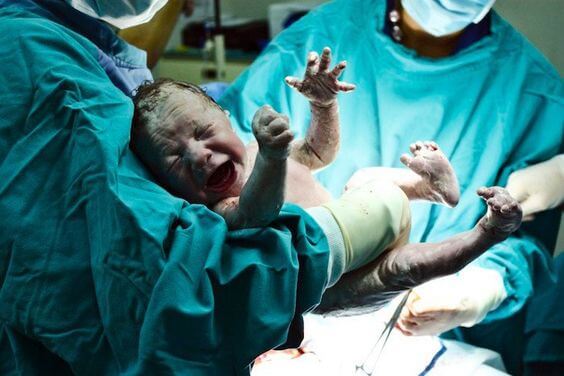 C-sections are becoming more common these days. Yet many specialists still believe it is unnecessary in most cases, and can also cause permanent harm to a child’s health.

Babies who are delivered in this way may be more likely to suffer from certain illnesses in their lives, immunological disorders being the most common.

As further support for the theory that cesarean births lead to more health problems, researchers have found that in these cases, genetic disorders may be developed. This implies the altering of DNA in their white blood cells, apparently because of the traumatic birth process.

We know that it can be controversial to compare the possible birth trauma between vaginal deliveries and C-sections. Understandably, most people think that nothing is more severe than a natural childbirth, but there is a reason that a surgical procedure could be more traumatic.

“Although the underlying cause is unclear, our theory is that being born under altered conditions can produce a genetic footprint in the immune system on a cellular level  that significantly impacts one for life.”
-Mikael Norman-

Why could being born by C-section be detrimental?

Obstetricians usually agree that natural childbirth is preferable in all respects, but this is not always enough to convince a mother to give birth naturally instead of undergoing a C-section. The bottom line is that specialists show a preference for one of the two processes, but there are no elements against the other.

In other words, most of the health problems that could be caused by birth through cesarean section are not the obstetrician’s area of expertise. Some studies have revealed that cerebral and neurological abnormalities can occur, which are associated with the maturity and development of neurons.

The consequences of disorders like this include susceptibility to diseases such as asthma or diabetes and other immunological ones. Constant allergies and the development of leukemia are some of the long term risks that babies born by C-section face, unlike those born in natural deliveries.

According to studies, the main genetic disorders become more apparent when it comes to a scheduled C-section. It is common for these procedures to be practiced before forty weeks, something that may not seem to be a problem, but that undoubtedly alters the natural development of pregnancy.

According to studies, the modification of white blood cells that occurs at birth by cesarean section does not occur in natural births. To support this theory, specialists conducted an experiment that involved taking samples in order to determine levels of DNA methylation in the umbilical cord of babies born through surgical intervention.

The results indicated that the degree of methylation was higher in these babies compared to that of those born naturally. This evidence is based on genetic expression and predisposition; this is combined with other environmental factors of the individual’s development, which lead to certain health problems.

The Stress of Being Born by Cesarean Section

Experts still do not know for sure why methylation is higher in the case of cesarean births, but according to research on animals, the same thing happens as with human studies. Because of this, it is believed that this is due to stress caused during a scheduled C-section because the baby is not ready to come to the world at that time, which implies a drastic change of their situation.

Consequently, being born under high levels of stress causes an increase of methylation, which is a process that regulates the mechanisms in the body that activate the genes which protect it from external environmental factors. Meaning that these mechanisms affect the immune system, which makes them prone to certain common diseases.

For its part, the stress of natural delivery is different from that of being born by C-section, since in the first case the baby gradually adapts to the change and is already biologically ready to be born. Whereas the surgical procedure could put stress on the mother that is reflected in the baby and made worse with the abrupt interruption of their life in the uterus.

Although many questions remain for future research, an increasing number of studies are being carried out on this topic, the results of which support the theory that birth by C-sections could be detrimental to the health of an individual throughout their life.