The Fourth Month of a Baby's Life: Sociability Flourishes 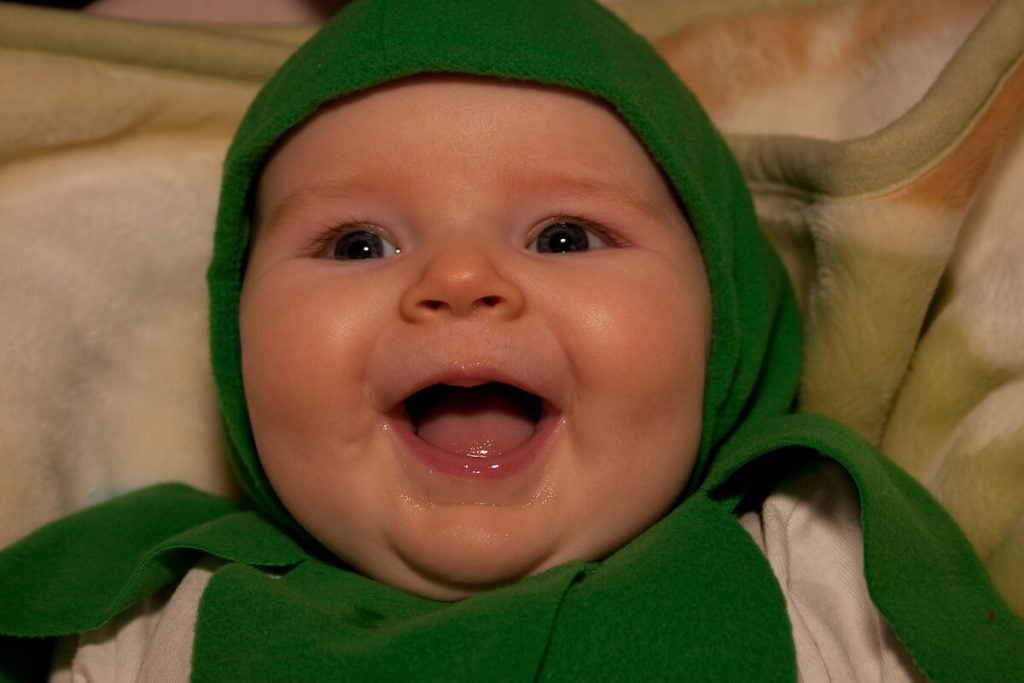 Now a stage of “independence” begins for your child. During a baby’s fourth month of life, he will learn to use his hands to pick up objects and will connect even more with his surroundings.

Many stutters and smiles are to come!

After the first trimester of life, a baby can begin to make more use of his body, as his muscles reach a new point in their development.

You’ll see him try to achieve new positions, such as sitting down, although he’s still not able to. But he can support himself on his arms while laying down in order to raise his head. He will also love to toss and turn in bed.

With that in mind, be very careful not to leave your baby alone on a high surface. He doesn’t know the dangers and limitations of certain actions just yet.

You’ll also notice that your baby becomes more attentive and interactive with his surroundings.

He’ll enjoy playing with toys (especially those that make noise), will put any object he finds in his mouth, and will babble and wait for a response from the person near him.

Be careful with his tendency to put objects in his mouth. Try not to leave anything he could choke on within reach.

As for his sociability, he will learn to laugh loudly when he is in a good mood and with the right company. He may cry when someone other than his mother or father approaches him, but this is only until he learns to trust them.

Body changes in the fourth month of life

Advice for stimulation and growth

Your baby is the perfect age to have his senses stimulated. How do you do this? First, by providing toys that make noise or light up and react to your baby’s actions. In this way, your baby will begin to relate his actions with possible consequences.

During the fourth month of a baby’s life, an important cognitive development takes place. Put him in front of the mirror and repeat his name, so he can establish the connection.

Also, answer him whenever he speaks to you in order to encourage his ability to interact with others, and take him out for walks so he knows the outside world.

It is also important that you talk, sing or read to him. Change your tone of voice so he learns to interpret moods.

At all times, it is important that the baby has the ability to move, manipulate objects and learn to coordinate his actions on his own.

A highly recommended game for a baby’s fourth month of life is to lie him on his back and, facing him, offer a toy (preferably a brightly colored one) so that he must move up or to one side to reach it.

As we always say, keep the vaccination schedule in mind and follow it to the letter.

Whether or not you should use a pacifier is a frequently discussed topic. It has its advantages, since it decreases the baby’s anxiety, but it can be counterproductive. You can find some advice on the subject in this article.

If you detect any abnormality or if your baby has any discomfort, do not hesitate to consult a professional. Otherwise, enjoy this stage. It will fly by!