Insecure attachment can occur in children that have felt neglected or rejected by their parents. This type of attachment can have serious consequences. 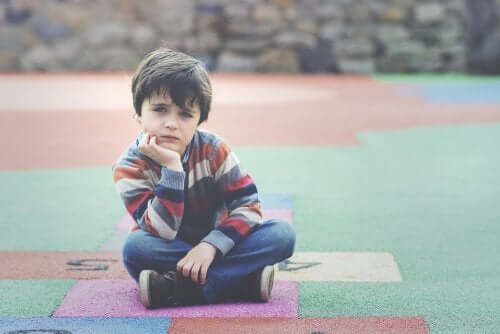 There are multiple studies that relate insecure attachment to dysfunctional behavior, at any stage of life. According to Bowlby (1958), babies need to be close to certain people who provide the necessary tools of survival. At least, until they’re able to fend for themselves.

As a result of the closeness and control that babies have over these individuals, the bond of attachment is produced. A person establishes an attachment when they seek contact with an individual who is best trained to protect them, especially in situations of insecurity.

“The response of fear in a person that is provoked by inaccessibility to a mother is a basic adaptation reaction. In the course of evolution, that has become an essential response for the contribution of the survival of the species.”

Creation of the bond of attachment

The way in which we establish the bond of attachment is regulated throughout our lives. It varies based on our experiences. However, the most critical period is childhood, the stage that we form our beliefs about:

Pankseep (1998) affirmed that attachment is regulated by a neurobiological system. It’s activated from different sensory systems, the vestibular system (position and balance), and the hypothalamic sensors of temperature and hunger.

These systems favor the approach to the referenced figure, while activating unpleasant responses before separation. Oxytocin, prolactin, and endorphins regulate this process.

Moriceau and Sullivan (2005) concluded that attachment results from the activation and structural modification of the olfactory bulb. This way, the nervous system adapts to the child’s current environment. This is possibly due to:

“The type of attachment will depend on the availability, the receptivity, and the warmth of the mother as well as the established connection.”

Within this profile, and due to the deficiencies the children suffer, they try to adapt to these situations. Depending on the tools they received as infants, two types of attachment may occur:

Both types of attachment can have serious consequences, such as:

How to Prevent Anxiety in Children
Children can show anxiety externally through irritability, restlessness and nervousness. Find out how you can help prevent anxiety in children here. Read more »
Link copied!
Interesting Articles
Babies
Giving Babies what They Want Isn't Spoiling Them