15 Italian Names for Girls and Their Meanings 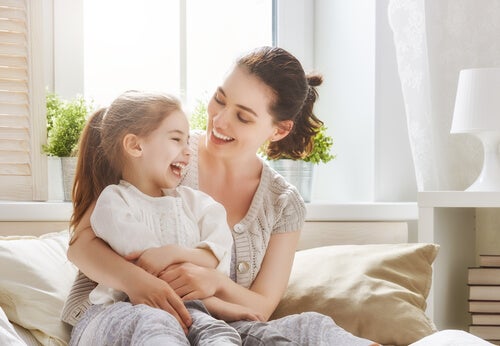 If you’re going to be a mother in the next few months and you’re looking for a name for your daughter, here we’ll share with you 15 Italian names for girls along with their meanings.

Following tradition is very important for people from all cultures. Some may even consider it odd when parents choose a foreign name for their child.

Yet some parents want to break free from tradition and venture out in their search for names for their sons or daughters.

This name means “powerful” and its German counterpart is Carlota. This is an appropriate name for girls with a strong personality. Women named Carlotta tend to be strong in character and this helps them succeed.

This is a beautiful name that can also be written as: Julia. It means “curly hair.” This is a great name for a daughter that has beautiful curly hair.

This is one of the most beautiful Italian names for girls. It has been used by many great personalities. One example is the Queen Marie Antoinette. Antoinette means “little flower” or “full or grace.”

Francesca derives from the Latina Franciscus which means “French man.” Paradoxically, the meaning of Francesca is “French woman.” Since it’s a Latin name, it’s widely used in France, Italy and Catalonia.

This beautiful Italian name is also known as Clara. The name Chiara means “clear” or “bright.”

The literal meaning of this name is “annunciation.” The name refers mainly to the annunciation of the Virgin Mary. Since Italy is a traditionally Catholic country, this name is widely used by religious Italians to name their daughters.

This well-known name is originally Hebrew. In the Bible, Delilah was the name of Samson’s wife who betrayed him and delivered him to the Philistines. In direct translation the name means “the one with the key.”

This name means “the one with light hair.” You should consider this name if your daughter is born with blonde hair.

This name means “the one that belongs” or “constancy.” Women named Constanza are characterized by having leadership skills and a strong influence over others.

This name means “powerful in combat.” It can be spelled as Luisa but its Italian version provides the name with a romantic touch.

This name is of Hebrew origin and has many variations in different languages. For example, it can be spelled as Isabel or Isabela. It means “the one who loves God.”

This name means “the maiden.” Girls who are named Corina tend to develop a strong personality and character. They can be very honest and enthusiastic.

In short, this name means “winner.” It is a nice variation of the Spanish Alejandra. It is one of the most common names in Italy. They usually have a great personality that facilitates personal relationships.

This name means “cultivator of beans.” A famous personality who had this name was Fabiola of Roma, also known as Saint Fabiola. After the death of her second husband she sold all of her belongings and gave her money to the poor, devoting the rest of her life to care for the sick.

Gabriella can also be spelled as Gabriela. Some people, however, believe the Italian variation adds a touch of glamor. It means “woman of God.”

Astrologers believe that Gabriella’s have an instinct to make good decisions. They’re characterized by having a very sweet, cheerful and affectionate character.

After going through this diverse list of Italian names for girls you can dedicate your time to choosing the one that is most appropriate for your daughter.

Remember that a name has the power to influence your daughter’s personality. Take your time and select a name that will help the child in the future.

Choosing a name is not a subject that should be taken lightly.