What Are Milk Banks and How Do They Work?

Currently, there are different alternatives for mothers who can't breastfeed their babies naturally. One of them are milk banks, which are institutions that work to guarantee a healthy and safe diet for babies. 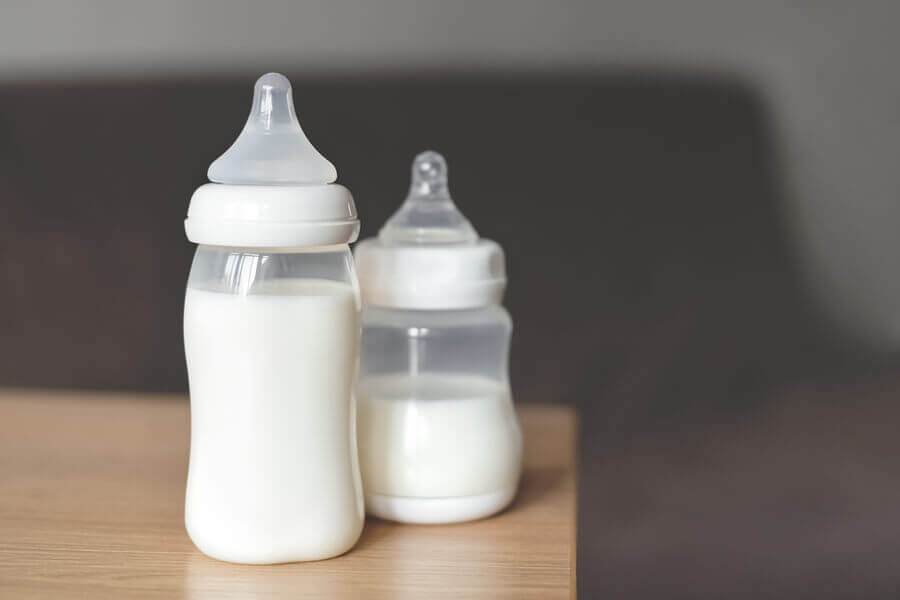 The best thing for newborn babies is for their mother to feed them breast milk. However, different circumstances can prevent this from being possible, which is why alternatives like milk banks can be very helpful.

In the old days, nurses could take the place of the mother and feed the baby. However, starting at the beginning of the 20th century, milk banks appeared.

Currently, we know almost everything about the countless benefits of breast milk for newborns. When it’s not possible to breastfeed, human milk banks are the best alternative. These institutions guarantee a healthy diet, especially for premature babies.

What are milk banks?

“Milk bank” is also a word for where mothers store their own milk. This can be useful if the mother will be gone for a long time, or if she needs to be away from the baby for some reason.

In general, public milk banks are intended for mothers who can’t breastfeed their own babies. In addition, they share certain characteristics:

How do milk banks work?

Milk banks start by selecting donors. To do this, the staff at the bank must interview mothers. It’s necessary to know their habits, their medications, or any diseases that might be transmitted to breast milk.

Afterwards, they must have blood tests to rule out infectious diseases like HIV, hepatitis B or C, or syphilis. If chosen, women then need to authorize the donation.

After that, they’ll receive a breast pump and containers to store milk. Once extracted, the milk is frozen. Then, they need to be delivered for processing within 15 days.

From that moment, specialists analyze the milk. They might discard some samples after microbial studies. Because the nutritional content of breast milk may vary, they’ll mix different mothers’ breast milk, then pasteurize it.

Finally, the milk is packaged, labeled, and stored in the freezer until it’s time to donate. In general, it’s classified according to the babies’ ages.

Milk banks around the world

The first milk bank was created in Vienna, Austria in 1900. Boston then reproduced it in 1910. It was also reproduced in Buenos Aires, Argentina in 1921, and in Rio de Janeiro, Brazil in 1943.

Currently, there are milk banks practically all over the world. In fact, the number is constantly growing. In Europe, there are more than 200.

These institutions aren’t only responsible for donating human milk. In addition, they promote breastfeeding as a healthy practice.

Thus, they offer information to mothers and encourage them to become donors. Statistics show that breastfeeding increases in areas where there are milk banks.

Since 1998, Brazil has been running the Brazilian Network of Human Milk Banks. Its headquarters are located in Rio de Janeiro. In fact, it’s the most important network of milk banks in the world.

It’s a matter of public policies

The public policies that promote breastfeeding have a clear objective to reduce infant mortality. Among these public initiatives is the creation of human milk banks.

The World Health Organization highlighted this strategy in 2001. In fact, they stated that it’s one of the best strategies to reduce infant mortality.

In 2010, May 19 became the World Day for the Donation of Maternal Milk. The Ibero-American Program of Human Milk Banks and the Pan American Health Organization pushed this initiative. Each year, this date promotes the importance of breastfeeding for all babies.

Peaks in Breast Milk Production: When Do They Occur?
Peaks in breast milk production are of great benefit to infants. As a mother, you play a fundamental role in your child's healthy eating. Read more »
Link copied!
Interesting Articles
Babies
Lack of Hygiene in Adolescents: What to Do?