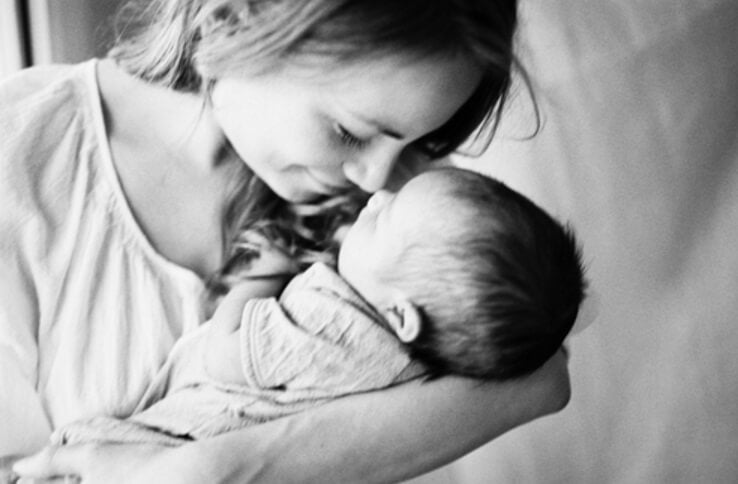 Motherhood actually makes you stronger. Don’t believe us? Keep reading and you’ll find out how.

A group of researchers from Asia recently discovered that a developing fetus’s cells can pass into the mother’s brain and regenerate it.

Even unnoticed changes in the brain remain for up to two years after childbirth.

Why does being a mother make you stronger?

Your Senses Are Heightened

Your sense of smell is heightened in order for you to be able to be more attentive to your children. This seems to be due to the presence of the hormone prolactin. The same thing happens with your hearing: mothers can often recognize different types of crying in their baby’s cries.

Your vision also improves in order for you to be able to protect your child from potential hazards. However, the most important sense is touch. The parts of your cerebral cortex that are dedicated to touch go through changes when you become a mother.

When a mother touches her baby and the baby touches her, she receives very subtle, but powerful, information about what her baby is like, how they feel, and what her relationship is with them. This has an effect at the brain level.

Once mothers give birth, they have to manage many new tasks at the same time. To ensure their baby’s survival, a mother has to prioritize, which makes her more efficient.

It is common for a mother to cook while talking on the phone, or take advantage of the time when her baby is sleeping to put a load in the washing machine, make the beds, cook, and sweep.

The hormones oxytocin and prolactin, which are usually secreted during child-rearing, especially while you are breastfeeding, help to reduce stress.

The neurons responsible for the production of oxytocin are literally restructured during childbirth and lactation.

This could be due to the pregnancy disrupting periods, which reduce exposure to the estrogen and progesterone hormones that increase the risk of this terrible condition.

Also thanks to the hormone prolactin, which works at the cerebral level as a neurotransmitter, mothers are more brave.

In breastfeeding mothers, for example, their blood level is up to eight times higher than usual.

It is almost as if motherhood were a powerful self-affirmation process.

Mothers are always willing to fight for their children. This ability to fight may be evidenced by the fact that there are so many existing mothers’ associations for social justice causes.

An Unbreakable Bond With Your Child

From even before they are born, you establish a strong bond with your baby while they are growing inside of you.

For the nine months you are carrying them in your womb, your baby hears your voice and heartbeat. Just after being born, a hormonal synchronization occurs which is so strong that your baby is able to crawl to your breast to be fed, guided only by instinct.

The connection is undeniable.

During motherhood, a woman’s brain is in one of its most plastic moments. That is, there is more neuronal growth and greater connections between neurons.

From now on, you need to trust in your own capabilities 100%.

Parents are the main examples for their children. Everything they see in you is what they will learn.

The limits you set with them, the eating habits and good habits you instil in them, like doing sports or going for a walk… you will pass on all of these things to them as their inheritance.

A mother’s mind is certainly not designed to be able to memorize or remember certain details that are superfluous compared to taking care of her baby. Her brain is already very busy. It has a more important goal: to raise a human being.