For many expectant parents, naming a child is no easy task. You need to explore a variety of options and research the meanings behind the names. 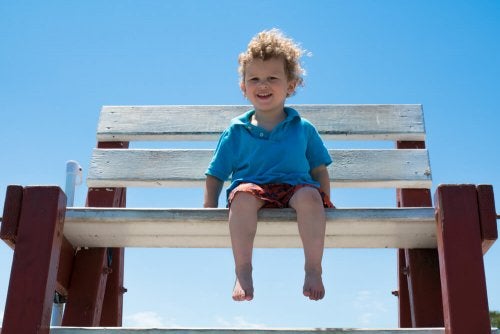 When you take into account just how many names there are, it can be quite difficult to choose an original name for your son. To this end, we’ve provided a selection of mythological names for boys that are sure to inspire you.

Whether you’re a fan of myths and legends or not, these names evoke a tradition of powerful stories that are sure to leave you a great legacy.

Remember that searching for and selecting names is a journey that becomes more interesting the more we investigate. In this sense, curiosity is our greatest ally.

Nor should we forget that picking a name is a big responsibility. You have to be original while also retaining common sense.

Mythological names for children can be unique, and they seem to never go out of style. Generally, these names are related to great history, adventure and romance. For this reason, these names have a power and a spark that can’t be beat.

This is the name of the legendary immortal bird capable of rising from its ashes every 500 years. It’s said that the phoenix is a glorious, noble, and majestic animal, which is why it served as inspiration for the first great civilizations. In fact, it’s often mentioned in Arabic poetry.

The phoenix carries a great spiritual power, and choosing this as a name can convey a certain essence to your baby. It’s also important to remember that the phoenix is associated with the King of the Sky, and – of course – fire. Due to this rich history, the name is brimming with vital energy.

The beauty of this name seems appropriate, as Greek mythology tells us that its bearer was truly a sight to behold. His great beauty and unique charms meant that even the goddesses Aphrodite and Persephone competed for his affections. As a result, the name has become synonymous with attractiveness.

A favorite name among fathers, it’s derived from the Greek “Alexandros.” Moreover, it carries a powerful significance, as Alexander is the protector of humanity. Boys with this name tend to be very independent, with an innate sense of leadership.

Greek in origin, it comes from the name “Sebastos,” which means “venerated” or “respected.” It’s a name with a lot of character, with a certain power when spoken aloud. To be sure, Bastian is an unmistakable name.

A famous god from Greek mythology, depictions of Apollo often highlight his beauty. Furthermore, he was the god of light, the day, and the sun. The son of Zeus and Leto, his name means “he who moves away from death.”

The name of the king of the island of Ithaca, a hero of Greek mythology. Children with this lovely name are committed, detail-oriented, and respectful.

Greek in origin, it means “tamer.” Boys with this name tend to be respectful, friendly, and patient.

Mythological names for boys with a lot of personality

He was the protector of fields and borders. Boys with this name usually enjoy nature and the company of animals.

Arguably the most famous god in Greek mythology, the son of Zeus and Tebas was a beautiful mortal. When given this name, children turn out to be brave and boast a lot of vitality.

The god of love in Celtic mythology. When singing, he would make couples fall in love completely.

A figure from Norse mythology, he is the god of innocence, truth, and light. An uncommon name that will make your son stand out.

A name with its origins in Greece, it means “strong as a bear.” Children with this name are often practical, realistic, and have plenty of energy to fulfill their goals.

A hero of Irish mythology, he is considered the defender of Ireland. Boys named Finn tend to be determined, persistent, and intuitive.

A great hero of Greek mythology, prince of the island of Ithaca. Kids with this name are more likely to be patient, respectful, courageous, and committed.

Ares was the Greek god of war, making this a name with plenty of character. As a result, it communicates independence, determination, the ability to lead, strength, and energy.

The name of the famous hero of Tristan and Isolde, as well as an honorable knight of Arthurian legend. Latin in origin, it means “he who does not show his sadness.”

This name is very popular in Italy, France, and the UK. Appropriately enough, boys with this name tend to be attentive and sensitive.

It’s said that this name means “son of the sea.” Boys named Dylan often have a great imagination and creativity, and are very studious. They also like to see all their projects come to fruition.

Son of the god Zeus and the goddess Maya, Hermes was the messenger of the gods. Children with this name are often very sincere, attentive, and respectful.

If you liked these mythological names for boys, why not do some research into the myths behind them?

You may discover more interesting tidbits to share with your son as he grows up. He’ll definitely be able to take pride in his name.