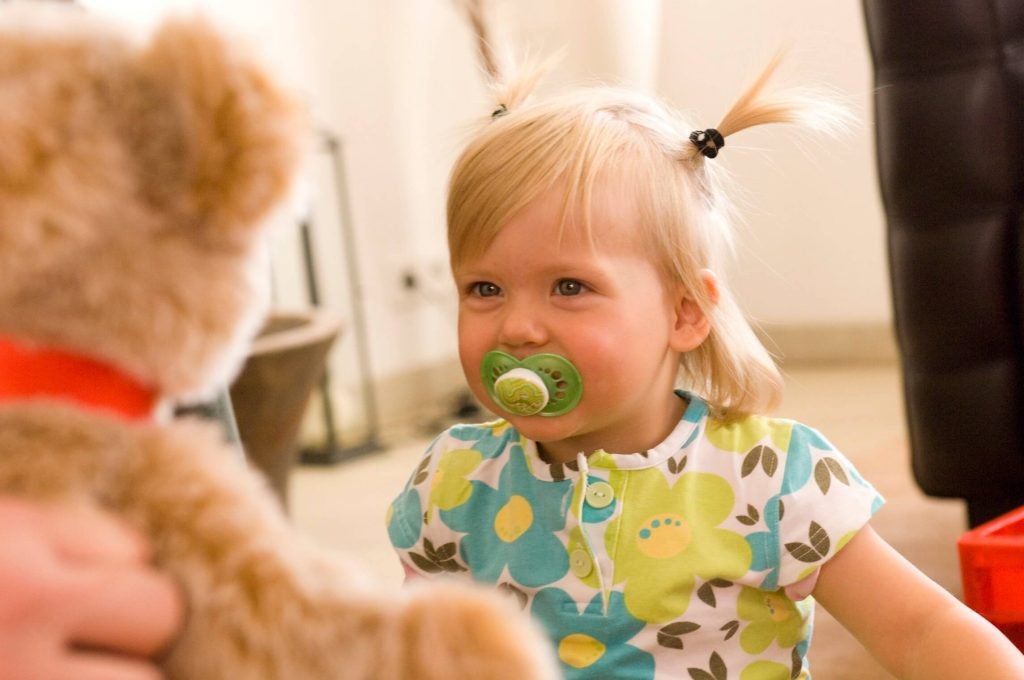 Your baby’s memory is activated through environmental, sensory and cognitive stimuli. Why does this occur?

Well, after birth, your baby has an average of 100 billion neurons, but only a few neuronal connections. These connections multiply as your child grows.

As a mother, there are different types of stimuli that you can use daily with your children. For example, you can talk to them in a happy and tender tone, make them smile or make funny faces.

Did you know that all of these examples mentioned above are positive stimuli? As you can see, educating your child positively is easier than you thought.

At the age of 4, your child will have a maximum of 1000 billion neuronal connections. This is a crucial learning stage.

Children are like sponges around this age and they learn everyday quickly and spontaneously.

According to a study conducted by Brigham Young University in the United States, positive stimuli are a good way to help your baby start memorizing the things that interest them.

Everything is easier with positive stimulation

Since babies can’t express themselves with words, experts decided to observe their memory capacity by their eye movements. They observed how long the babies watched the test image.

In order to begin the study, they placed the babies in front of a monitor in which a person appeared addressing them with different tones of voice. At the same time, they were shown a geometric figure.

One part of the study consisted of having a thick and angry voice talk to the babies while they watched certain geometric images and then having them hear a cheerful, understanding and affectionate voice speak to them while looking at other images.

A small positive change can change your whole day or your whole life.

Through the analysis of their ocular movement and the time in which their gaze was fixed on certain images, showed that in fact, positive stimuli helps babies activate their memory capacity in a faster way than children who are given negative stimuli.

The results of positive stimuli

The test was repeated five minutes later and then again the next day. However, during the test that was conducted the following day, a new geometric shape was introduced.

The researchers recorded the time that the babies devoted to each geometric shape. They discovered that if the shape had been associated with a negative voice, the babies tended to forget it.

They did a lot better when the shape was associated with a cheerful and positive voice.

After conducting this experiment for two days, the researchers showed the images to the babies once again. This time without associating any voices to them.

They noticed that the babies still fixed their attention on the images that were once associated to a positive and cheerful voice.

It was shown that the use of positive stimuli in teaching helps expand their knowledge in a lasting way.

This explains why those who teach or try to mold their child’s behavior through reprimands and threats have such poor results.

Attention is one of the basic elements needed for the creation of new neuronal connections and for the formation of stable brain circuits.

It’s known that the establishment of stable and lasting neuronal circuits only occur when attention is being paid. That’s why it’s so important to keep the child attentive and focused.

Maintain activity in a dynamic way

Regular and systematic activity stimulates the growth of new nerve cells. It also increases the number of neuronal synaptic connections.

In order to achieve this neuronal plasticity, parents must adequately and consistently stimulate the child with interesting tasks that require their attention. They should be repetitive activities that give them positive feedback.

According to Young Ross Flow, lead author of the study: “We were the first to study how emotional stimuli influence memory. We believe that positive stimuli intensify their attention system. By increasing the efficiency of this system, we also increase their ability to process and perhaps remember certain geometric figures.”

Finally, the researcher pointed out that this is one of the first studies that is related to a baby’s memory and its relationship with the affective part of the mind. Surely there will be many more studies that follow.

Positive stimuli from an early age is key to the success of stimulating your little one’s memory.