Preventing Bronchiolitis: Is It Possible?

Bronchiolitis is a respiratory infection that has symptoms similar to those of a common cold. 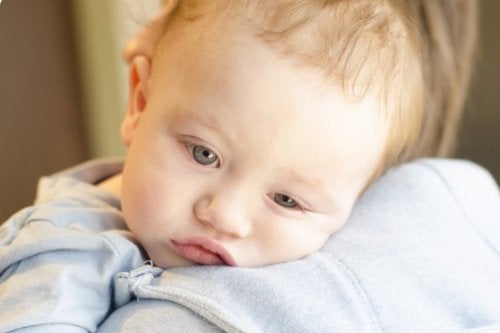 One of the most common questions about children’s health is whether or not preventing bronchiolitis is possible.

Both acute bronchitis and chronic bronchiolitis are often unavoidable. However, there are certain measures you can take to reduce the risk.

Bronchiolitis is a respiratory infection that has symptoms similar to those of a common cold. In babies and other vulnerable populations, however, it can lead to serious complications.

One in four doctor’s visits for bronchiolitis result in a hospital stay for the baby. For this reason, experts recommend visiting the doctor when cold-like symptoms get worse.

The symptoms of bronchiolitis in children are very similar to those of a cold. However, this illness is responsible for the largest number of hospital stays in young children.

As previously mentioned, the symptoms of bronchiolitis can be very similar to those of a common cold.

If your baby has cold-like symptoms which seem to be getting worse, it’s very important to go to the doctor and get the necessary tests done.

These are the main symptoms:

Other symptoms of chronic bronchiolitis are:

To reduce the chances of your baby catching bronchiolitis, pay attention to their environment and surroundings.

These tips will be useful for preventing bronchiolitis:

There is no specific treatment for viral bronchiolitis, but there are some measures we can take to relieve the symptoms.

Antibiotics aren’t useful in this case: they treat infections caused by bacteria, not viruses. Some advice that you can follow includes:

If you notice any cold-like symptoms that go on for more than a few days, it’s important to speak to your pediatrician to check for bronchiolitis.

One of the reasons why this illness can be so dangerous is that it often goes unnoticed until the moment when the child’s health is in serious danger.