Are There Prohibited Baby Names?

Do you plan on naming your baby something more unconventional? Keep in mind that there are prohibited baby names you should stay away from. 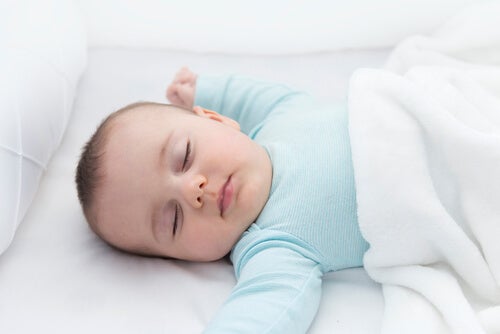 As strange as it may sound, there are prohibited baby names in certain countries. Why are some names not allowed? We’ll explain in this article.

In a world of almost limitless freedom and possibility, thinking about laws that stop something as personal as a child’s name is almost unthinkable. However, this happens.

Lately, we’ve seen many cases of parents who give their children somewhat unusual names. Generally, when parents love a person, place, or even TV series, they choose very interesting names.

So, as crazy as it sounds, some parents choose names like Robocop, Xeneize, or Disney, just to give a few examples. However, there are people who opposed these names and brought their reasons to the government.

Many of these complaints were successful. We’ll share some prohibited baby names in this article.

In Spain, for example, there are limitations from the Civil Registry regarding certain names. In this country, some limitations include using no more than one compound name or two simple ones.

Also, no one can give their child a name with a double meaning when combining first and last names. Some examples are Dolores Fuertes (meaning “strong pain”) or Susana Horia (meaning “their carrot”).

In other countries, the prohibitions have more religious or moral reasons. Therefore, names like Akuma, meaning “devil” in Japanese, or “Osama Bin Laden” which a Turkish couple tried to name their daughter in Germany, were banned.

In the same way, certain names that aren’t actually names, are non-binary, have signs with @, and come from musical groups or TV characters are also banned. For example, Robocop, Iron Man or Batman aren’t allowed.

Finally, however crazy it may seem, many countries don’t allow names based on companies or other platforms. Yes, there were people who tried to name their babies Twitter or Facebook.

Before providing the list of prohibited names, we should clarify ones that are allowed. For example, we have names that refer to historical, mythological, artistic or fantasy characters.

Also, nicknames or variants of traditional names are allowed, like Paco, Chema, Pepe, among others. In the same way, parents can give their children non-gender-specific names, as well as name them after popular figures like Miley or Shakira.

The ones that aren’t allowed are due to the reasons we mentioned earlier. Of course, a lot of them are really just common sense. They’re names that could be offensive to other people or the baby, like Hitler, Judas, Lucifer, etc.

New Zealand is one of the most restrictive countries when it comes to naming children. There is a list of more than 80 names for babies that are prohibited for different reasons. These are some examples:

All of the limitations for choosing baby names are in place to protect children’s dignity.

Prohibitions all over the world

Other countries have also made lists of prohibited baby names. For example similar things have happened in Romania, Mexico and Saudi Arabia. Some prohibited names include:

Italy joins the list of countries with prohibited baby names. Interestingly, the name Venerdi, meaning “Friday”, is an allusion. It was referencing the character Robinson Crusoe.

The most interesting case occurred in Sweden. A couple wanted to name their son “Brfxxccxxmnpcccclllmmnprxvclmnckssqlbb11116” which means “Albin” in binary code. Of course, Sweden prohibited this name.

Finally, it’s also a good idea to mention that many prohibitions are because of cultural issues. This is also the case with the previous list of names or the one of Muslim names in countries like China.

On the other extreme, some countries are much more lenient when it comes to naming babies. For example, the American singer Gwen Stefani didn’t have any problem naming her daughter after one of her songs: Zuma Nesta Rock.

As you can see, countries ban names to protect children’s dignity. There are many more examples of baby names that countries have banned around the world.

Of course, everything depends on the laws and traditions of every country. The important thing is to choose a name that won’t haunt children throughout their life.