The first tests that doctors perform on newborn babies are of vital importance. They allow for the early detection and treatment of possible illnesses that a child may suffer. Today we want to provide you with a brief description of the tests performed during this stage. 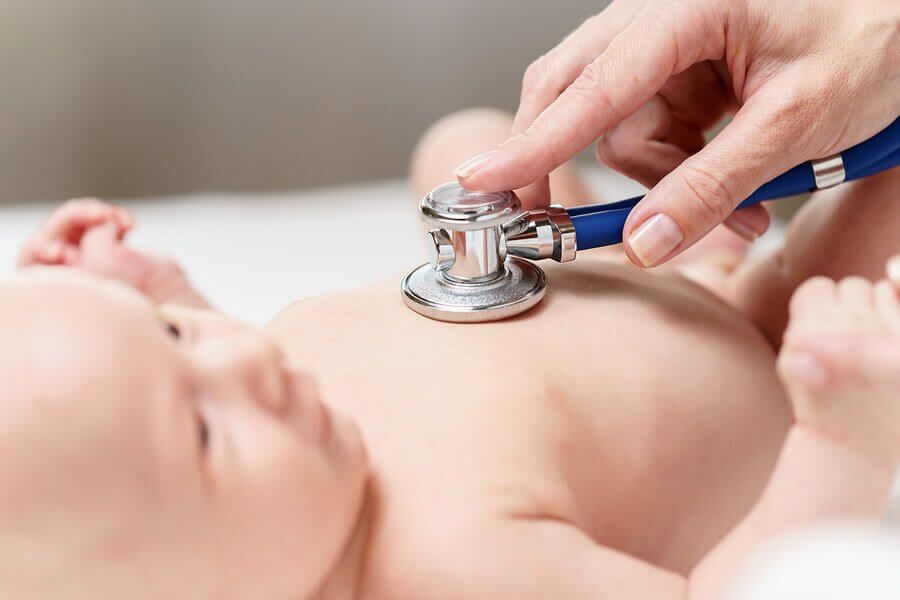 The tests performed on newborn babies during the first hours and days assure us that our children are completely healthy. So, what are they and what are they for?

The types of tests that exist today attempt to rule out all sorts of complications. These include issues related to blood pressure, muscle tone, and the development of the respiratory and auditory systems. They also include possible metabolic illnesses.

It’s important for parents to know that many of these tests are routine. They allow doctors to take quick and effective action in the case of any sort of complication.

At least 80% of the screening tests and tests to rule out certain pathologies in newborns are performed the day they’re born.

These are fundamental to discovering a child’s physical state. This is because, while a fetus is inside the maternal womb, it’s impossible to measure certain aspects of its healthy development and functioning.

The first tests performed on newborn babies are the following:

This is the first full evaluation that is performed on newborns as soon as they’re born. Either a medical specialist or assisting nurse may perform them after the birth of a baby. This test examines:

After this evaluation, medical staff start to register the information from the test. They assign a number between 0 and 10 according to the child’s response in the four areas. A score of zero means no response, and the number 10 signifies an optimal response from the child.

This test is carried out every 5 minutes during the first hours of life. In all healthy newborns, repeated testing over time reveals improved results as children adapt to life outside of the uterus.

Medical staff also perform blood tests during the first hours of a baby’s life. The objective is to determine the degree of oxygenation of the blood and also the baby’s blood type.

In the United States, one of these tests is known as the “heel prick test.” The name refers to the area of the baby’s body where the blood is drawn.

This blood sample has a number of purposes, for example, doctors can test for hyperthyroidism. They can also check for sickle cell anemia, toxoplasmosis and 19 other metabolic illnesses.

“It’s important for parents to know that many of these tests are routine. They allow doctors to take quick and effective action in the case of any sort of complication.”

Weight and size of the baby

Here, doctors weigh babies and take their measurements in order to compare this data with established estimates. Typically, newborn babies weigh between 5 pounds 8, ounces and 8 pounds, 13 ounces. The average weight is 7 pounds, 3 ounces.

Examination of the airways and waste evacuation

This evaluation is one of the first that medical staff perform. Here, they make sure that a baby’s urinary tracts and the channel for waste evacuation are free of obstructions. In other words, doctors assure that the newborn baby can urinate and defecate correctly.

This test is specifically for newborns who were born prematurely, and serves to determine their exact gestational age. At the same time, it allows doctors to determine how far their vital organs have developed.

Doctors also observe visible physical characteristics of newborn babies to detect any possible malformations. For example, they count their fingers and toes, check that they have two ears, and make sure they have the correct shape.

Other routine tests include the continuous observation of a child’s belly button stump. Medical professionals also check a newborn’s reflexes and the condition of their eyes. They also apply drops and ointments.

All of these routine and obligatory tests performed on newborn babies help doctors determine their overall health. Based on their findings, they may allow the newborn to go home, or begin any treatment necessary to guarantee a little one’s physical well-being.