The Best Lullabies For Your Baby

Lullabies are beautiful melodies that make children feel relaxed and go to sleep. 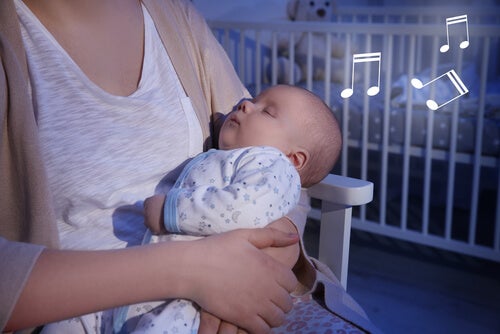 Traditionally, the goal of singing lullabies to children is to help them fall asleep while instilling a valuable message in them.

Lullabies’ melodies and lyrics glide effortlessly into children’s subconscious minds as they relax, and become fixed in their memory.

In this way, for centuries, parents have taken advantage of this mental state in order to subtly introduce life lessons.

This practice was actually considered very important for their survival, because it was believed that by warning children about possible dangers, many problems could be avoided.

When we look at the lyrics of these songs, we often find narrations of pseudo-fictitious events. That is, stories inspired by real life events, with certain fictional traits to make them more attractive.

This formula was also used at the time when stories were narrated orally and were then passed on to a written form.

The brothers Grimm told stories based on real events that they intended to serve as life lessons or, at least, warnings to keep in mind. Lullabies, for their part, worked in a similar way.

The world’s lullabies vary according to geographical area and local culture. However, most of them have certain elements in common, that have become established as the main characteristics of lullabies.

These common traits are:

What are lullabies, really?

Lullabies consist of a series of sounds, melodies and harmonies that occur at a certain frequency, following a constant, repeated pattern designed to have a gentle sound.

The lyrics are usually sung in sweet tones, and because of this, they tend to be catchy.

In a natural way, by simply using our voice, we are able to influence our little one’s dreams.

Of course, we have to bear in mind that the sounds we choose to sing should be more or less repetitive, continuous and sweet so that they can also help relax the other senses.

Ideally you can accompany the lullaby with cuddles and gentle swaying. In this way, we rock the baby in our arms and can enhance the relaxation with the baby’s sense of touch.

Remember that at an early age, human beings respond mainly to tactile stimuli, such as hugs, caresses and cuddles.

The Most Popular Lullabies

Here are some of the most popular lullabies in western society:

The Power of Lullabies

In almost every Disney movie there is some lullaby or ballad that works well when we sing it to our babies.

Nowadays many mothers rely on these not only because of their popularity, but also because they contribute to the baby’s future relationships.

An example is the lullaby that Cinderella hums in the most recent film adaptation of the story.

Music is certainly one of the most universal languages.

While your children are growing up, they may meet other children who have also heard this lullaby and this can create a nice connection between them instantly.

Who knows if they’ll also end up singing this song together and laughing about it?

If you feel like singing is not your thing, we recommend that you at least try to hum some songs. The sounds you make, even while keeping your mouth shut, may still be nice and help your baby relax at bedtime.

Also, humming can be helpful in times of great stress.

Don’t underestimate the power of this seemingly simple activity.