This Woman Had 3 Sets of Twins in Only 26 Months 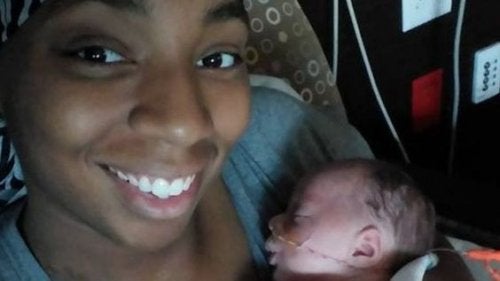 Even though the chances of having twins is nearly 1 in 10, certain factors can make the probability increase. In fact, a woman can have no known chance yet still end up having a twin pregnancy.

In the case of Danesha Couch, a 23 year-old American woman, she managed to have three consecutive twin pregnancies.

One of the known factors that affects conception of twin pregnancies are previous ones. However, the surprising thing for Danesha isn’t just that she had three sets of twins, but that she had them in only 26 months.

Many women have given birth several times in a short period of time, yet Danesha’s story is quite unique. Let’s find out a little more about her story here.

Twenty six months seem like an exceedingly short period of time for three pregnancies. Despite this, it happens more often than we might think.

Some women plan to have children in a short space of time; others just get surprise after surprise.

According to official figures, the chances of having pregnancies with three sets of twins consecutively are one in 500,000. But against all odds, this young woman had this particular outcome.

The news of her story has spread, causing surprise and excitement. However, it all began in a very difficult way for Danesha Couch.

In April 2014, her first set of twins was born. Both the pregnancy and delivery were full of complications. One of the twins ended up dying at birth.

The second set of twins came into the world twelve months later, meaning that Danesha got pregnant shortly after giving birth.

We learned that neither the first or second pregnancies occurred artificially. They were both natural occurrences.

In June 2016, the third set of twins was born, two girls. The little ones spent three weeks in intensive care. A month after their birth, they were with their mother and three little brothers.

Like we said earlier, certain factors influence whether a woman will have twins. At present, some methods of assisted reproduction have contributed to doubling the chances. However, the natural way has produced the majority of multiple pregnancies in the world.

Happening repeatedly is not altogether impossible. There have been many cases where the same mother has more than one set of twins, even becoming more diverse with other multiples.

Some mothers have given birth to twins, then triplets and later on to another set of twins.

In this respect, it can be said that a series of serendipitous events coincided for this to happen.

The European Society of Human Reproduction and Embryology has stated that women of African descent are more likely to have multiple pregnancies.

It’s also a risk factor if you’ve already had a twin pregnancy. According to studies, these women tend to release more than one egg per month.

In this case, both ovaries produce eggs each cycle, offering two chances for fertilization. When multiple pregnancies occur naturally, this is the main cause.

Age and socioeconomic conditions, although neither is a natural factor, are also related to having three pregnancies in 26 months.

The young woman still has many fertile years ahead of her. However, she’s not thinking of having any more kids for the next 10 years.

With five small babies, her life has been complicated as her financial condition isn’t favorable.