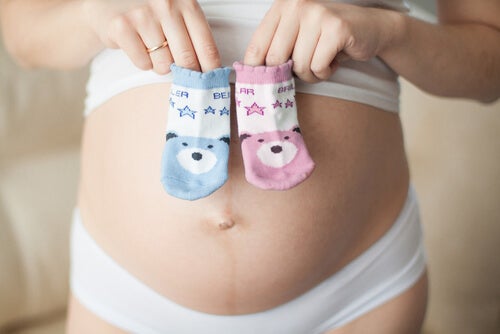 Spanish names are becoming more and more popular, so we’ve compiled a list of some that you should consider when thinking about naming your future son.

Choosing your child’s name is one of the most beautiful decisions parents can make together. It’s a unique and shared moment in which both the mother and father must influence the final decision.

Although it’s a fun task, it does involve a lot of pressure, since a name is one of the first things people will learn about your child, and it will accompany him for the rest of his life.

Therefore, if you’re currently working on choosing a name, we can offer you some ideas that will surely help you narrow your focus.

Here is a list of 20 Spanish names for boys that are trending in 2018:

The first name on the list is derived from Hebrew and means “made of the earth.” A boy named Adán is usually emotional, intuitive and sensitive, particularly towards other people and life in general.

This is a Basque name that means “beginning.” A child named Asier is a fighter who is appreciated by his friends.

Of Celtic origin, it means “stuttering” and implies an intelligent, impulsive and kind person.

This name comes from Latin and means “relative to Christ.” He is usually a person of few words who is sober and modest.

Daniel comes from Hebrew and means “God is my judge.” Daniels are people who aspire to the happiness of all those who are with him. They are also communicative and sociable by nature.

It’s a German derivative that means “the prince of his lands.” This name is very common in Italy and represents an emotional man who continuously delights in everything related to nature.

Of Germanic origin, it means “eternal king.” An Eric is a man who appears calm, although in reality he is very nervous. In addition, he finds it difficult to face his problems in life.

This name of Latin origin means “little lion.” Of a kind character, Leos are usually perfectionists with clear ideas.

They like to be with their family. It’s one of the most popular names today.

This name is of Celtic origin and means “faithful follower of God.” Features that most define the name Ian are sincerity, reliability and generosity.

From Latin, it means “Mars.” Marco is cold and superficial in appearance despite being an individual in need of affection and tenderness. He is the kind of person who is uncomplicated and not argumentative.

Manuel is from Hebrew and means “God is with us.” Manuel is a name for a person who is very nice and has a good sense of humor.

It comes from Latin and means “hammer.” Marcos is a persevering and original boy. He doesn’t have a two-faced personality, which is difficult to find.

No state is so similar to madness on the one hand and divinity on the other as being pregnant. The mother doubles and then is divided in half, and she will never be complete again.

This is of Latin origin and means “related to Mars.” Mario is usually a solitary, protective, calm and simple man who enjoys spending time with friends.

Also of Latin origin, it means “the man consecrated on Mars.” Martín is a calm and carefree man who doesn’t take things seriously without merit.

Mateo is a Hebrew name that means “gift of God.” Mateo has a very positive self-image with a friendly character.

Of Hebrew origin, it means “faithful to God.” Matías is a name for a person who is very generous, faithful and willing to make sacrifices.

Samuel is a Hebrew name and means “heard by God.” They are usually kind people who don’t do things with ill intent.

The last name on the list of trendy Spanish names for boys is of biblical origin and means “God will reward us.”

Thiago has great intuition, is very restless and curious, and uses his excellent common sense to master and overcome the situations that life puts in front of him.

The most common names since 2000

On the other hand, if you want to choose a more common and therefore less risky option, the following list includes the 10 most popular Spanish names for boys since 2000.

These are all names for boys that are popular in 2018 and most common since 2000.

We hope this article has helped you make the difficult choice of naming your future son. If not, take your time and the ideal name will come to mind.