10 Unique Boy Names and Their Meanings

Are you awaiting the arrival of the love of your life in the next few months? If you still haven't chosen a name for the little man on the way, take a look at these original alternatives. 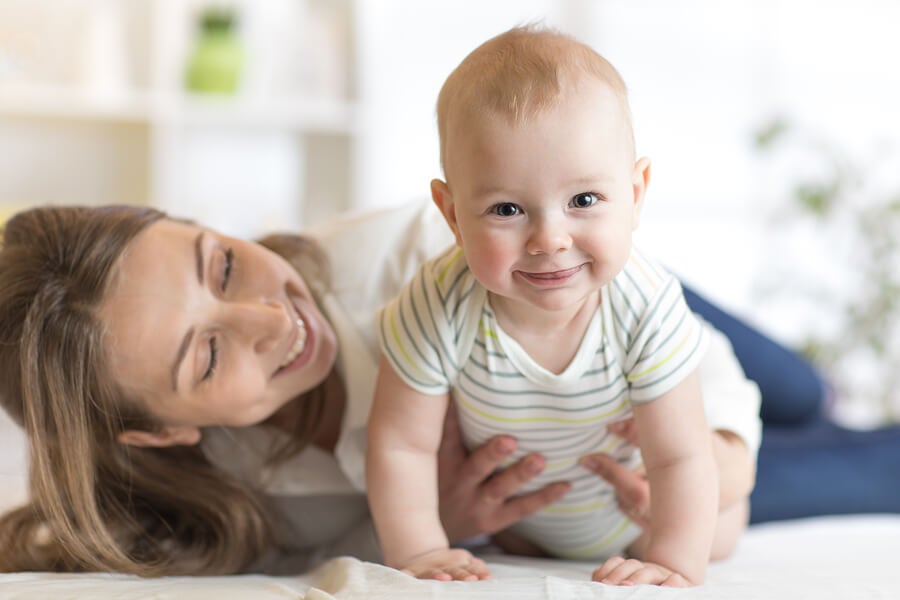 In this article we’ll provide a list of unique boy names along with their meanings. Hopefully one will inspire you!

When you find out that you’re going to have a baby, one of the first things you think about is the name. From then on, everyone wants in on the selection process, and you’re quickly surrounded by countless suggestions.

However, it’s important to remember that the privilege of choosing a child’s name belongs solely to the parents.

Deciding on a name for your son is a beautiful process, but it can also be challenging. While some parents opt to follow family traditions, others are more prone to look at what’s popular around the time of their little one’s birth.

And then, there are those parents who prefer to innovate. If you’re in the last group, here’s a list of 10 very original boy names.

The name Agni has its origins in Sanskrit, the primary language of Hinduism. It derives from a homonym that means fire. It also refers to one of the principle gods of Hinduism, the lord of fire, sacrifice and divine knowledge.

The roots of this name are Scandinavian. Etymologically speaking, the name Igor comes from the terms Ing and warr. It is related to the idea of fertility in Scandinavian mythology, represented by the god Ingvi.

The name refers to an honest individual with good character, always willing to learn and improve himself. Further, he values loyalty and long-lasting relationships.

Daire has is roots in Ireland and means “fruitful, fertile.” Those who possess this name have a great personality, and the name appears often in Irish legends.

What’s more, these individuals are original, loyal, and dedicated to the people they love.

This name has Greek origins. It comes from the word kosmos and means beauty, harmony, order. As for personality, a person named Cosme is sensitive and has a protective instinct.

He hopes to give and receive affection, and tends to be very responsible. He stands out for being loyal and sincere.

Of Scottish origin, Ian means “God is merciful” and is a Gaelic derivative of the Hebrew name “Yohanan.” Its English equivalent is John, which explains its religious connotation.

The name Ian refers to a person with immense faith. He doesn’t like to lie, and is trustworthy. These individuals are virtuous and versatile, and carry their work out passionately.

They tend to have good relationships with others, given that they’re positive and worthy of confidence. They prefer serious relationships that are caring and long-lasting. Others often value them for their sincerity and loyalty.

Like Agni, this name also comes from the Sanskrit language. Its meaning is “lotus flower” and it’s related to creation in Hinduism. In Buddhism, however, the plant is associated with purity.

People with the name Kamal are reserved, original and somewhat shy. They may seem distant or insensitive, but once you have their confidence, they’re very friendly.

At the same time, they’re passionate, cheerful and uncomplicated. However, they may become pensive or deep in thought on occasion.

“The privilege of choosing a child’s name belongs solely to the parents.”

This name is a variant of the traditional Victor that comes from Basque and means “conqueror.” It’s a very original and striking name. In fact, it’s number 100,248 on the list of the most common names.

The meaning of the name Bittor is related to planet Jupiter. Boys with this name tend to be creative, very expressive, and enjoy life. They value family and community, and thrive when working with others.

The name Goran comes from Croatia and means “mountain man.” As a result, Goran is associated with nature and freedom.

People with the name Goran enjoy calm and relaxing moments and have a desire to analyze the world they live in.

Children with this name are confident, and transmit this same confidence to others. They’re intelligent and tend to be happy and witty. Furthermore, they’re usually good leaders and possess the gift of persuasion.

Orion finds its roots in ancient Greece. According to the mythology of this culture, Orion was the giant son of Poseidon.

Although this is an uncommon name for a child, many will quickly recognize it as a highly conspicuous constellation that is visible throughout the world.

Individuals who carry the name Orion are known for their sensitivity, intuition and serenity. They stand out for their peacefulness, friendliness and empathy.

Furthermore, they love to travel, are adventurous, and value freedom. As a result, they may sometimes seem inconsistent and varying in regards to their projects.

This is another name with Greek origins. Zale means “strength of the sea.” It may well be one of the most original names on this list, and can be used for boys or girls.

This name is often related to virility and emanates strength and trust in one’s own capacity. Furthermore, it refers to a person with an entrepreneurial and courageous personality. These children are often active and inventive.

They’re natural born leaders, though they can sometimes come off as authoritarian. However, they aren’t selfish and are concerned about the feelings of others.

If you’re looking for an original and uncommon name for your son, we’re sure this list has given you some inspiration.

If you want your child to stand out because of his name, discuss these options with your partner and choose one that both of you like.