Interesting Facts About Pulses that You Probably Didn’t Know

Did you know that peas aren’t considered vegetables? Discover this and other interesting facts about pulses in this article! 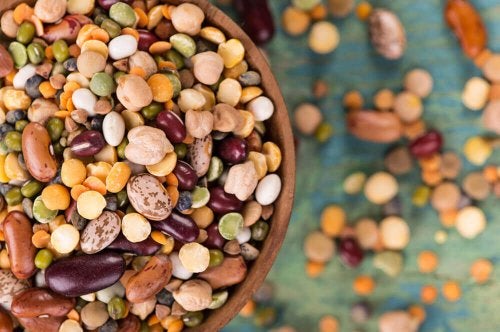 Pulses are foods of plant origin with a low environmental impact and economic cost. In addition, experts recommend their consumption at any stage of life and at least three times a week, due to their high nutritional value. For this reason, we want to reveal five interesting facts of pulses to encourage you to include them in your diet.

Interesting facts about pulses that you probably didn’t know

1. They have an international day

Since 2016, the Food and Agriculture Organization of the United Nations (FAO) chose February 10 to celebrate World Pulses Day. The goal is to promote its consumption among the population, since people are barely covering consumption recommendations and the decline has been considerable since the 1980s.

Also, it intends to raise awareness about the many nutrients it contains, such as protein, fiber, carbohydrates, magnesium, potassium, and calcium. Furthermore, they’re used all over the world and can be prepared in a thousand different ways.

This means that this food provides the body essential nutrients. In this case, we’re talking about the amino acids that make up protein chains. Although it’s true that pulses don’t contain methionine and cysteine, there are exceptions, such as chickpeas, beans, and soy. Instead, the rest of the pulses must be combined, together or separately, with cereals such as rice and millet, among others.

This implies that the consumption of pulses along with meat, fish, or eggs in the same meal is unjustified. In fact, experts state that humans are characterized by an excessive protein intake. Therefore, it’s difficult for you to have a protein deficit.

3. Peas are pulses despite the fact that they’re green

Yes, this is true. As much as peas contain the nutrients vegetables contain, and despite what frozen packages state, they’re pulses. What makes the difference between one food group and another is how they’re found in nature.

In this regard, on one hand, pulses are dried seeds stored in pods that grow underground. On the other hand, vegetables are the edible part of green plants, such as the leaves and stems. However, it’s a good idea to offer your kids a nice bowl of peas for lunch or dinner but not in the place of vegetables.

4. Peanuts are also pulses, the most interesting of the curious facts about pulses

This is the curious fact that may surprise you the most, since most people have never considered it. Like peas, peanuts are seeds and are found in a closed pod. And, yes, there’s something more curious!

In fact, when you buy any dried fruits and nuts pack in the supermarket, practically none of them usually contain peanuts. Normally, they contain seeds and roasted corn unless they contain raisins. Likewise, the portion consumed as a snack is minimal.

5. Pulses are good for the microbiota despite the discomfort they sometimes cause

Finally, pulses are rich in highly fermentable fiber. In other words, they feed intestinal bacteria and promote the assimilation of nutrients and proper immune system functioning. Also, they may help reduce the risk of constipation, obesity, and colon cancer, among other pathologies.

Due to this, we can say that it’s a great idea to include them in your daily diet. However, they do contain galactans, which are responsible for gas and bloating, which sometimes cause discomfort. What happens is that, when there’s an alteration in that microbiota or in the intestinal wall, they’re fermented and cause the aforementioned symptoms to appear.

Therefore, we advise that, if this happens to you often, opt for peeled pulses (such as red lentils). Then, soak them for at least 24 hours and then crush them. You can even add cumin or anise to the cooking water.

As you’ve seen, it’s a great idea to include pulses in your healthy diet, despite their value being underestimated. Also, if you don’t like them, try different preparations, such as salads, spreads, stews, stir-fries, and soups, among others.

How Harvard’s Healthy Eating Plate Can Help Your Children
The Healthy Eating Plate: is it the most accurate nutritional guide? That's the question we'll be asking in this article. Read more »
Link copied!
Interesting Articles
Postpartum
Postpartum Anxiety During the First Months of Your Baby's Life