When Do Children Begin Talking?

Children learn to talk because they imitate adults and associate words with objects and people, just like their parents do. 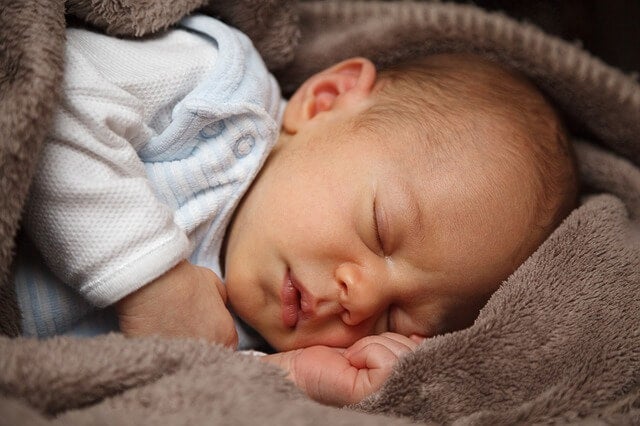 When do children begin talking? If you are a mom with a young baby, maybe this is something you ask yourself when you hear your baby making noises.

To clear this up, in this post we’ll look into babies’ verbal language, and the age at which they start to talk. We hope it’s useful!

A baby’s first words can be the invention of the adults around you. When your baby started babbling from time to time, didn’t you hear your certain sounds that you associated with words?

The first words our children say are no more than sounds that we recognize. But we tend to pretend that children say them consciously, and know what they are talking about.

But in fact, leaving aside the love we feel for our children and the fantasies that our smitten brains invent, we should be clear that at this age, our little ones are just vocalizing.

Children learn easily. There are some things that we as parents can actively teach them, but much of their learning at the early stages comes from intuition, imitation and instinct.

One of the abilities that children acquire all on their own is speech.

The first words that a child says when they begin talking are generally something like mama and papa.

At the beginning, perhaps they can just utter a “ma” or “pa, pa, pa, pa, pa”, but as the weeks go by, and they exercise their vocal chords, they manage to complete the word.

Now to the question at hand. There is no rule that says children must be talking by a certain age. This depends on each individual, and their social environment and surroundings.

A child that lives in an environment where verbal language prevails and people are always talking to them may begin talking before other children.

However, once more, this is not fixed. You might spend hours talking to your child in the hope that they will soon be the first one at nursery talking.

The evidence is clear. Encouraging your child to speak, talking, singing and reading to them all serve as powerful ways to boost their progress.

But when it comes to beginning to talk, each child moves at their own pace. The acquisition of language is as variable as the development of motor skills: crawling, walking and so on.

According to studies on the development of children’s speech, half of babies will be beginning to talk by six months of age.

Other children will reach this milestone gradually at seven, eight or nine months of age.

When babies begin babbling their first words, they don’t really know the meaning of them.

They just repeat these words because they hear their parents saying them. They don’t yet know that mama means mama and papa means papa.

Children begin to understand the meaning of what they say at around 11 months of age. However, around 15 months is still within the normal range.

At around a year, they will begin to incorporate more complex words into their vocabulary. They will ask for objects and will describe (in their own way) what they see or hear. They will  tell us when they need to satisfy basic needs: peepee, water…

But although some children know many words by 12 months of age, there are others that prefer not to “make the effort.” Many children replace words with gestures.

They push when they want to go to the bathroom or point to their bottle to say they are hungry. They fool around in front of their crib when they want us to take them to bed.

If your child has nothing wrong with their vocal chords, and no other difficulties that might stop them from communicating verbally… then they will begin speaking when the time is right for them.

Every baby has a certain autonomy, and it is up to us as moms to accept and adore it. 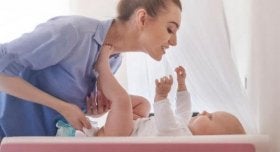 Tips for taking care of your baby
Check the Diaper: What Your Baby’s Feces Say

Although it might seem crazy to some people, there’s a universal theme for parents: baby’s feces. It certainly isn’t the most common… 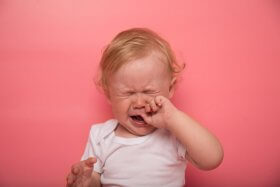 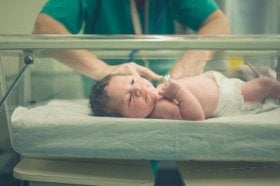 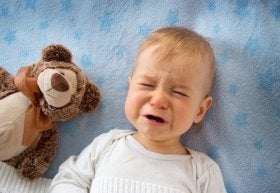 Everyone has experienced stress at some point in their lives. This is completely normal. In fact, this feeling manifests not only in adults but also in children and even babies. That’s why we’ve decided to share this article on stress… 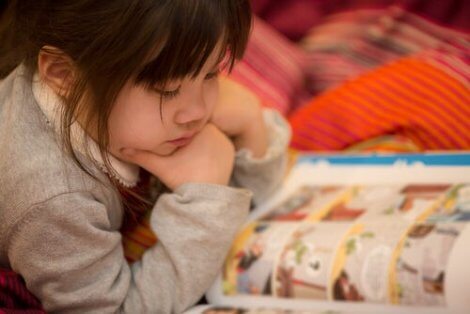 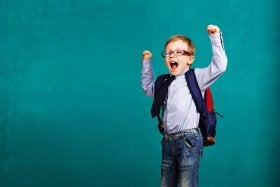 Raising a child
How to Improve Student Performance with Motivation

A recent study that was conducted by five researchers from the University of Washington and Teachers College, Columbia University, aimed… 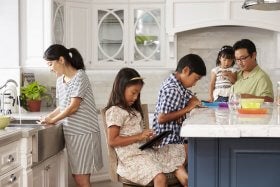 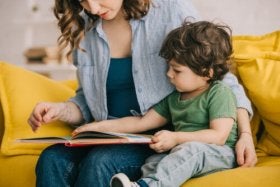